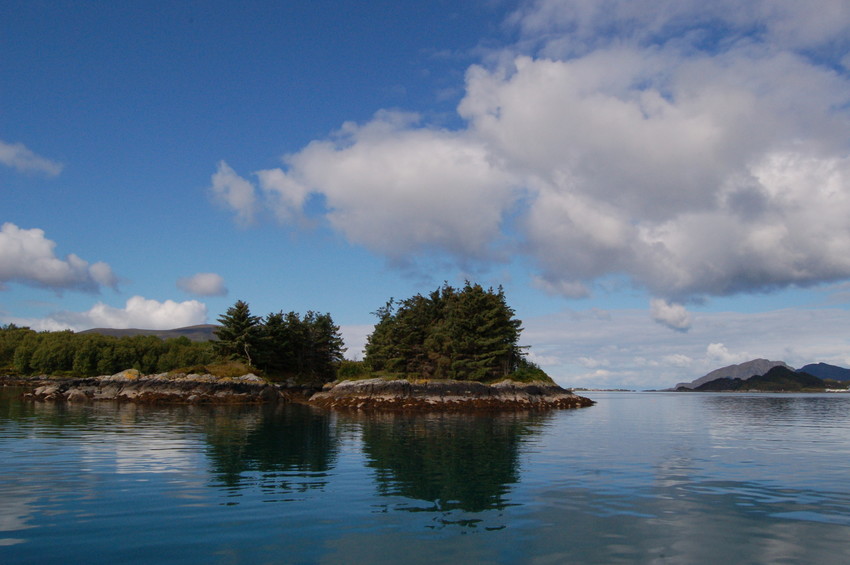 Foto: Frode Pilskog
Immediately north of the island of Herøy lies a tiny islet that has been an ancient place of execution. There are several such islets in the region, and there are many all along the coast of Norway. The name comes from an ancient form of torture, in which the body was fastened to a wheel. Later the term was used to refer to the practice of placing the head of victims on spikes. Swedes decapitated on Herøy in 1564. In a collection of documents from Bergenhus to be found in the national archives in Copenhagen (Norway 1 no.10), there are several letters that tell of the following, Eirik Munk was the commander of the army and fleet that sailed north from Bergen on 26 April 1564 to win back Trøndelag from Claude Collart, who was the commander of the Swedish king Eirik XIV’s army. North of the Stad headland, Eirik Munk called first at Herøy. Here Frantz Kjøbenhavn, Hans Finnson, Stopher Skrivar and Hans Larsson (the scribe), came to meet them, while their men lay waiting a little north of Herøy, on Hatløy. They reported that there were now no Swedes in Sunnmøre, they had moved on north to Romsdalen; but five Swedish scouts were taken prisoner here in Sunnmøre with the help of local farmers, and these scouts were immediately beheaded, and their heads placed on spikes at Herøy
Publisert av: Lindesnes fyrmuseumSist endret: 2018-11-15