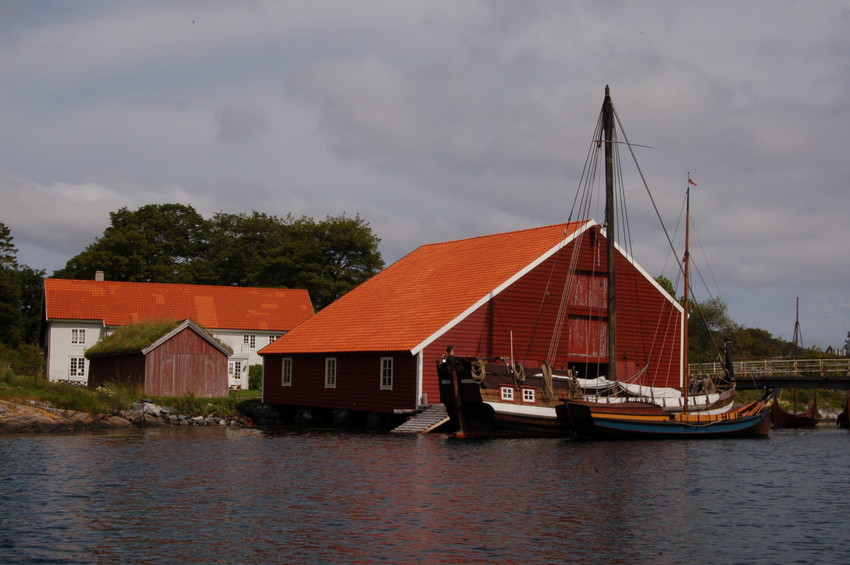 Foto: Håvard Hatløy
Herøy farm is an ancient church site, rectory and trading post. The island has been a meeting-place for people in the area for over 1000 years. The foundations of two churches with a graveyard remain. The trading post, Herøy Farm, is today a museum. In the Herøyfjord lie a cluster of small islands and islets. To the far southwest in the direction of Flåvær lies the island of Herøy. It is mentioned in history books several times, among other things because it is situated beside the coastal fairway and was a safe harbour for seafarers. In 1027 Olav Haraldson lay in wait at Herøy for a crew of conscripts from Sunnmøre. The Icelandic writer Snorre tells of the meeting between the Viking king and the robber Karl Mørske, who offered to represent the king and sail to the Faeroe Islands to collect his taxes.
Publisert av: Lindesnes fyrmuseumSist endret: 2020-06-08