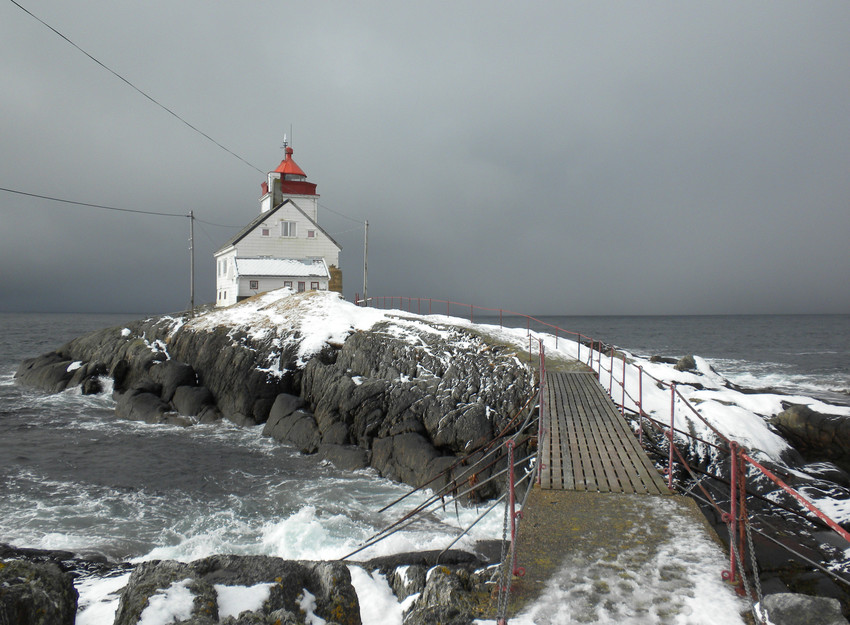 Foto: Håvard Hatløy
Flåvær lighthouse is situated on Varholmen and was erected in 1870. The tower stands on a white wooden house 13.8 m high. The lantern was French of the 4th order. The original apparatus was replaced in 1887. The lighthouse was reconstructed and a new lantern was installed in 1914. In 1952 the lighthouse was electrified using electricity from the local grid. A machine house was erected to provide a reserve power supply in the form of a 6 Hp diesel engine with a generator. The lighthouse was automated and de-manned in 1979.  Flåvær lies way out towards the open sea, where breakers and currents are rarely calm. Flåvær is actually a cluster of small islets running from west to east. Farthest west stands Flåvær Lighthouse, then comes Varholmen, Husholmen, Flåvær itself and farthest east Torvholmen. Due north of this row of islets lie the island of Sandøya and several smaller islets and skerries, and it is between these that Flåvær harbour is situated. The approach from the north is marked by two old cairns. All around on the rocks there are many mooring points. They are well maintained and clearly visible.
Publisert av: Lindesnes fyrmuseumSist endret: 2018-12-10 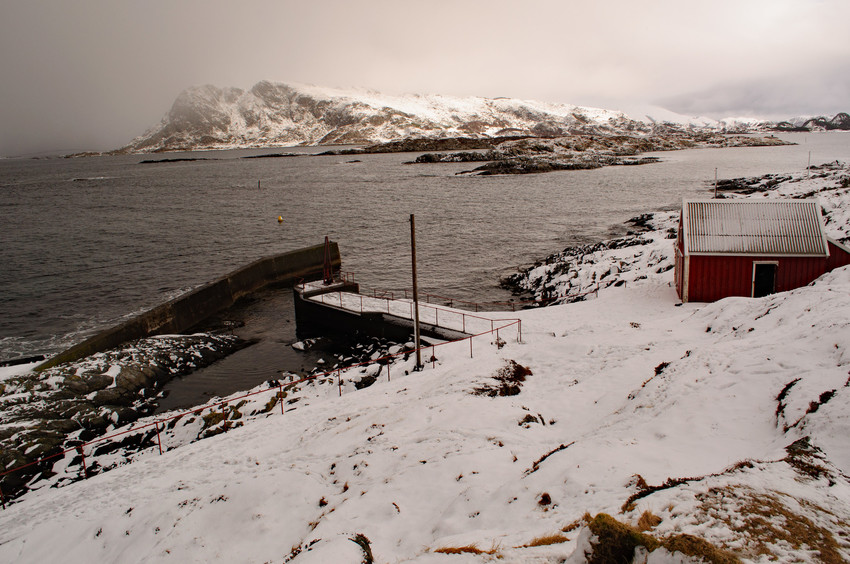 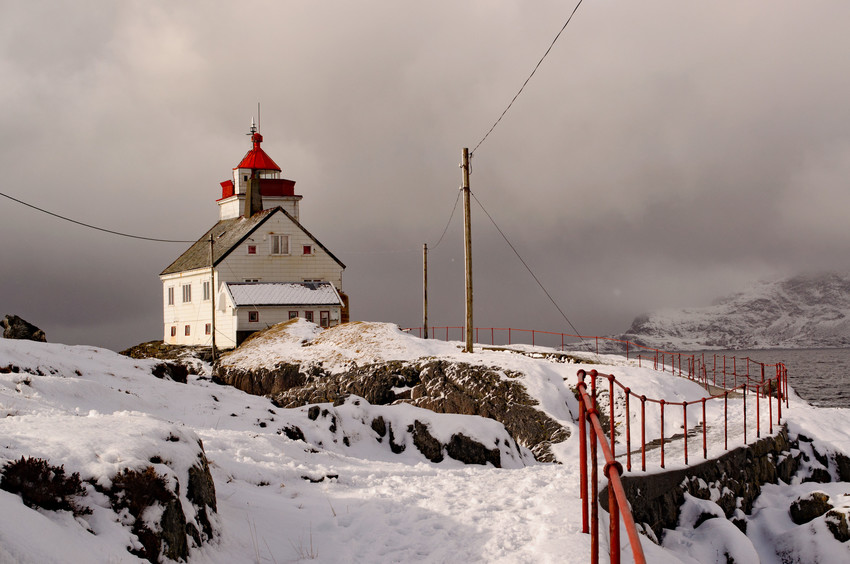 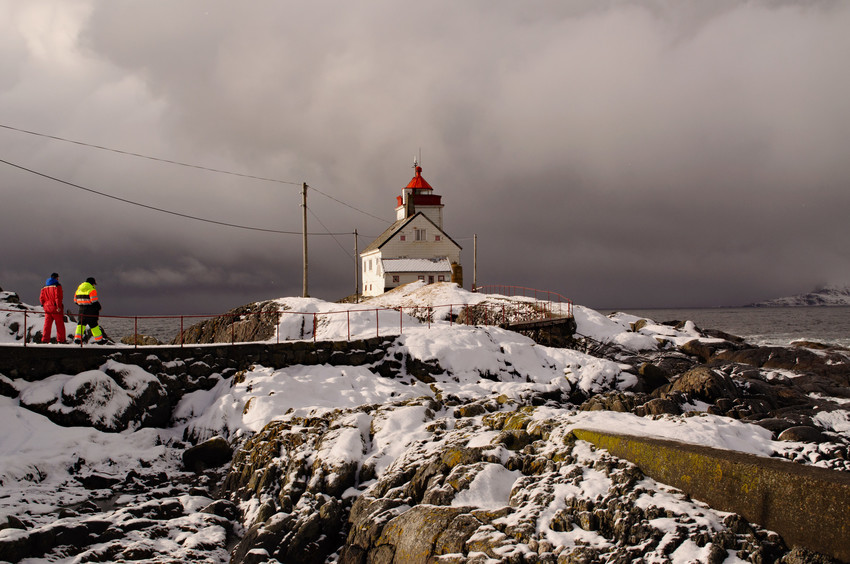 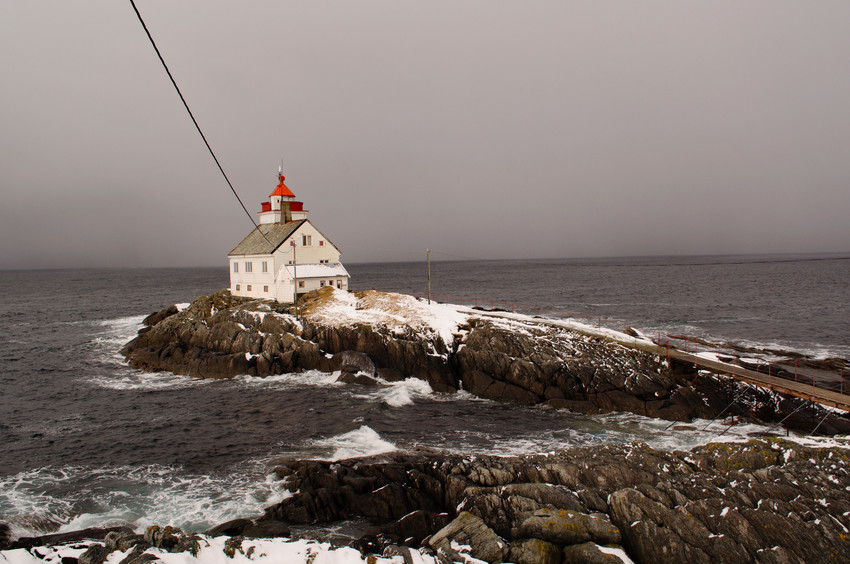 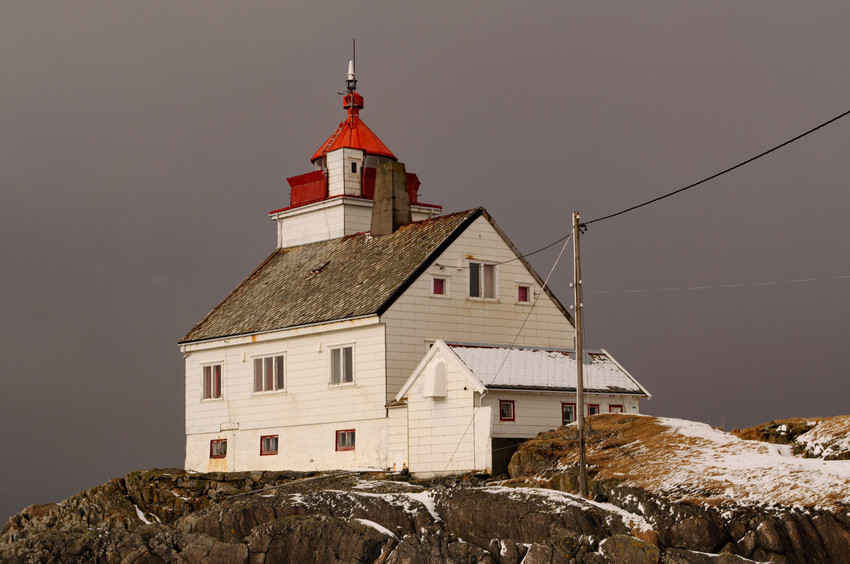 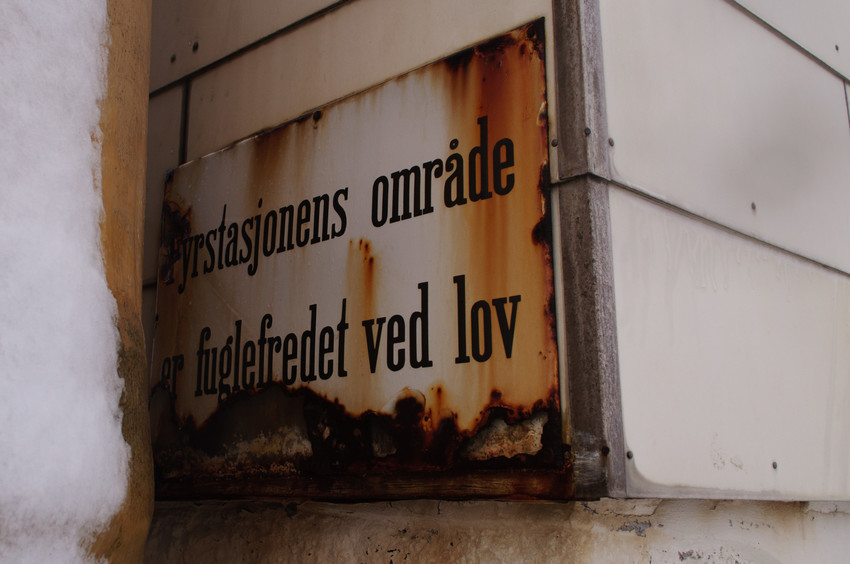 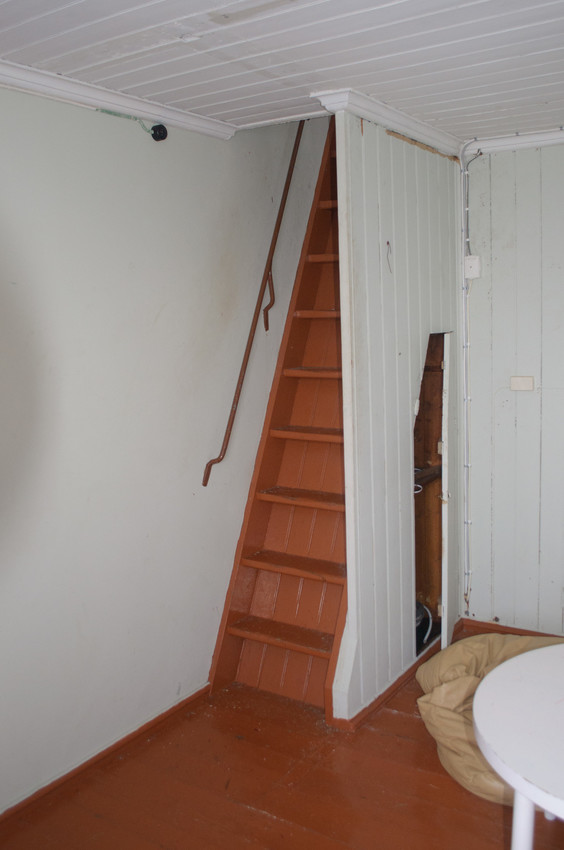 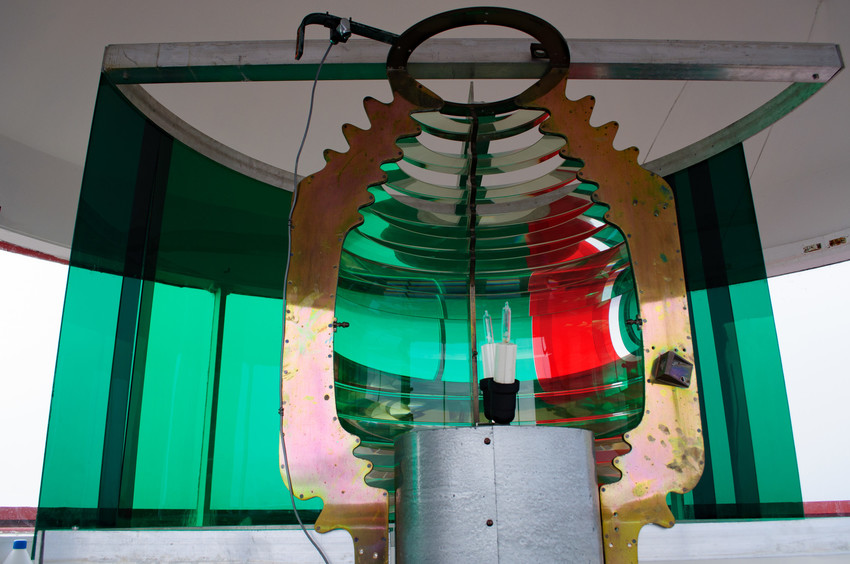 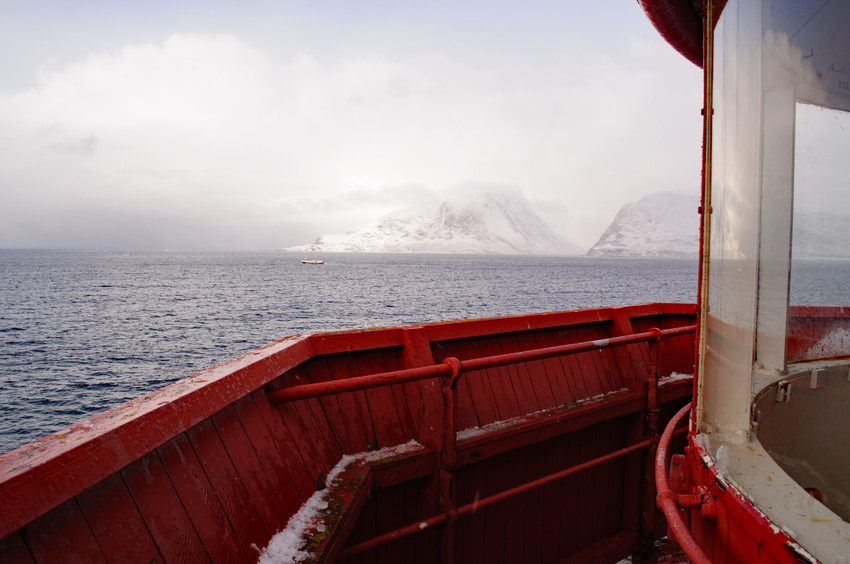