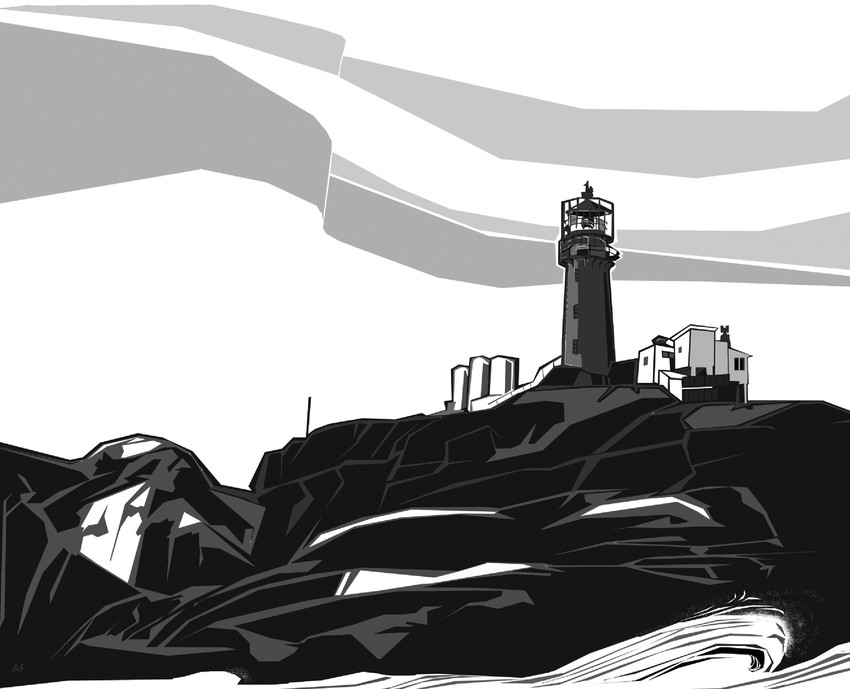 Foto: og grafikk Arild Fredriksen
Having a good harbour, Svenner was used as a pilotstation in the 18th century, and a day-mark was erected. The lighthouse was first lit October 22nd. 1874. It was built of solid granite, hewed out by prisoners from the fortress of Akershus in Oslo. The new cast-iron tower came in 1900, and with it a fog-cannon, that is now preserved at the Norwegian Maritime Museum in Oslo. Diaphone equipment was installed in 1931. The station was automated and de-manned in 2002. It is owned by the Government and protected by the Cultural Heritage Act.

Guiding the way
Svenner is a coastal light that shall give the ships a safe landfall at the entrance to the port of Larvik and the historically important naval base in Stavern. The light has two red sectors to warn about the dangerous waters around Rauer to the east and the notorious Rakkebåene to the west. The light sits 40,3 meters above sea level.