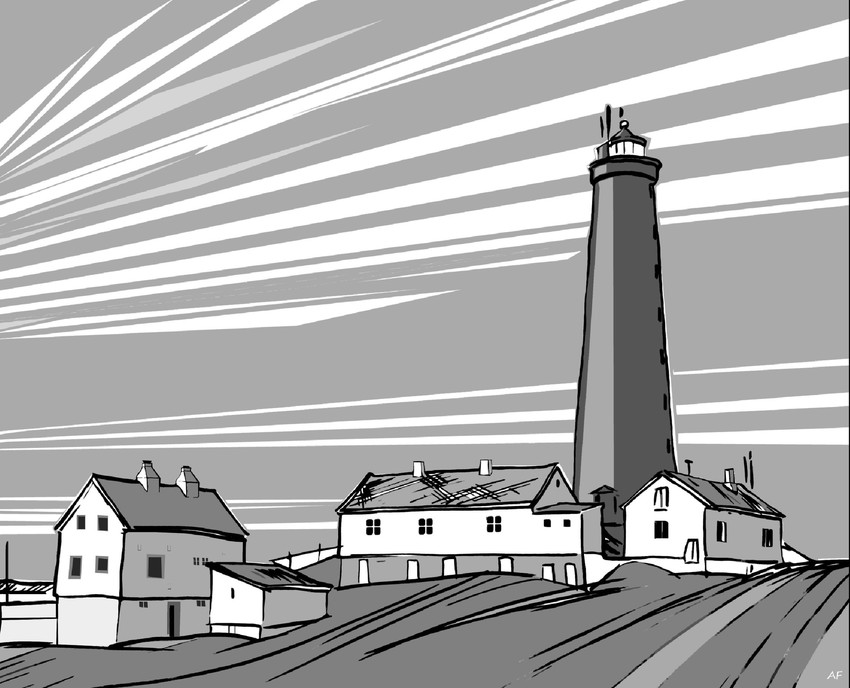 Foto: og grafikk Arild Fredriksen
Utvær is the most westerly Norwegian lighthouse and was first lit at the 15th of September 1900. The station was bombed by the Allies late in the 2nd world war, and when it was re-built after the war, a much smaller lantern was fitted. This explains the rather strange proportions of the tower. Utvær was de-manned in 1982. The station is owned by the state and protected as a national monument under the Cultural Heritage Act. The Coastal Administration is cooperating with the association “Friends of Utvær” to facilitate new use of the station. Guiding the way - Although Utvær is the wester-most outpost of Norway, it was not considered as a lighthouse location until late in the 19th century. It was the Association of Captains in Bergen who took the initiative. The main function of the light is to give a safe landfall for ships coming in from the open sea towards the mouth of Sognefjord. In 1952 a secondary beacon was installed to mark the rocks and shallow waters to the north of the island.
Publisert av: Lindesnes fyrmuseumSist endret: 2018-11-21