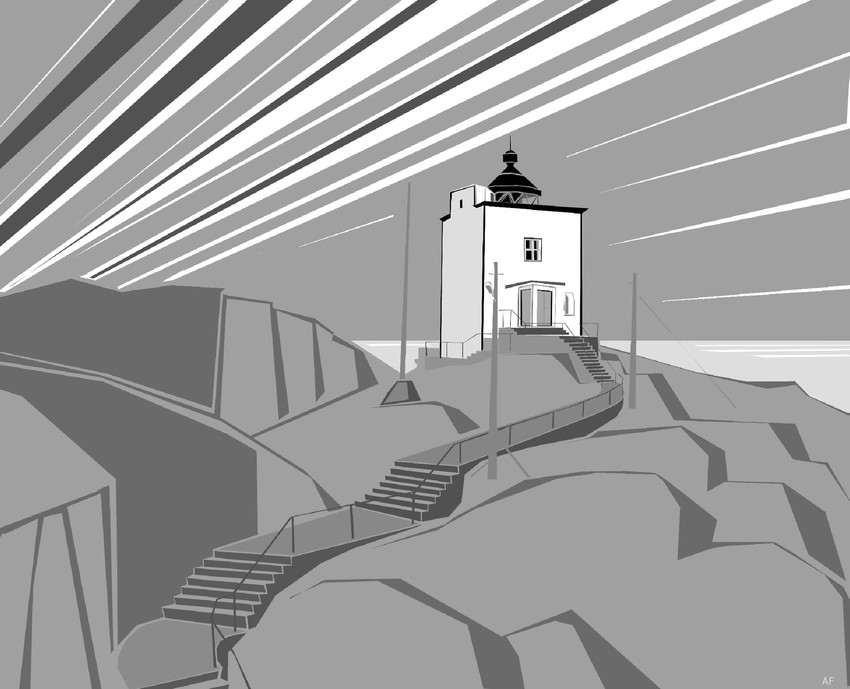 Foto: og grafikk Arild Fredriksen
Ulla lighthouse was established in 1874. From the start, there was just a small hut for periodic watch-keeping, but by the end of the century Ulla was developed as a proper, permanently manned station. In October 1944, the station was attacked by Allied airplanes, resulting in major damages on both the lighthouse and the living quarters. In 1950 money was granted to rebuild the whole station. Ulla lighthouse was de-manned in 1975. The station is owned by the state and protected as a national monument under the Cultural Heritage Act. The Coastal Administration is cooperating with the local “Friends of Ulla” to facilitate new use of the buildings. Guiding the way - The need for a lighthouse at the small “Kvernholmen” outside “Haramsøy” was suggested by the fishing community of Haram. In the beginning the light was to be lit only during the fishing season, but after a few years the need for a permanent light was evident. As a consequence, the station was expanded, the light upgraded and more people employed.
Publisert av: Lindesnes fyrmuseumSist endret: 2018-11-21