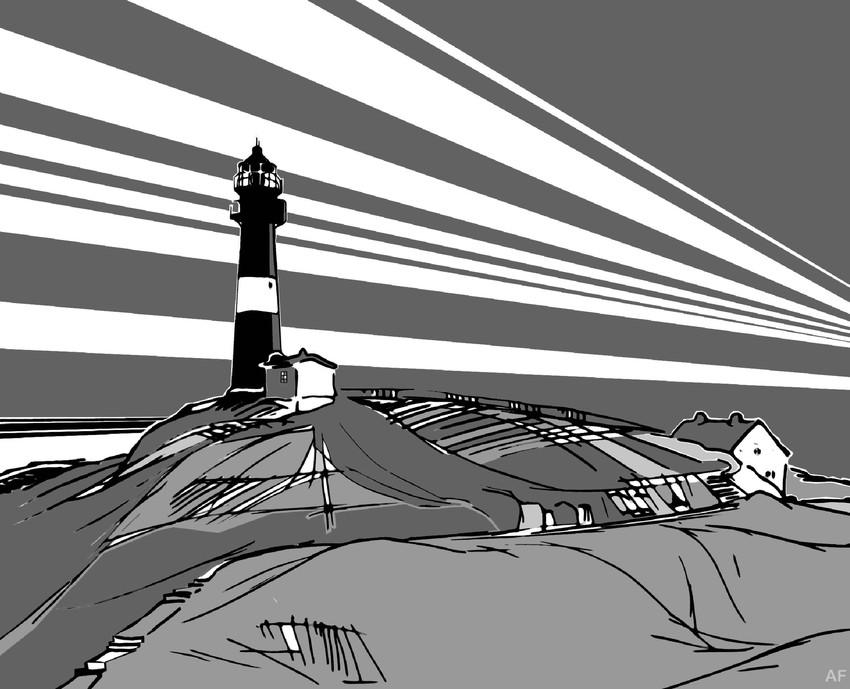 Foto: og grafikk Arild Fredriksen
Slåtterøy lighthouse was established in 1859. The station was attacked by the Allies in 1940. The two daughters of the lighthouse keeper were both severely injured by the bombing, and one of them died. The lighthouse itself was also hit, but was later re-built and modernised. In the 1950’s Slåtterøy was electrified and equipped with the strongest light in the whole country at that time. Slåtterøy lighthouse was de-manned in 2003. It is owned by the state and protected as a national monument under the Cultural Heritage Act. The Coastal Administration has a cooperation with the association “Friends of Slåtterøy” to facilitate new use of the station. Guiding the way - In 1828 the Parliament established the first national lighthouse commission to investigate the need for new lighthouses along the coast. The need to safeguard the traffic to the important harbour of Bergen was essential in the discussion, but the commission could not agree on where and how. A later commission landed on Slåtterøy as the most appropriate place for a light, leading the way inshore through the relatively broad and deep Selbjørnsfjorden.
Publisert av: Lindesnes fyrmuseumSist endret: 2018-11-21