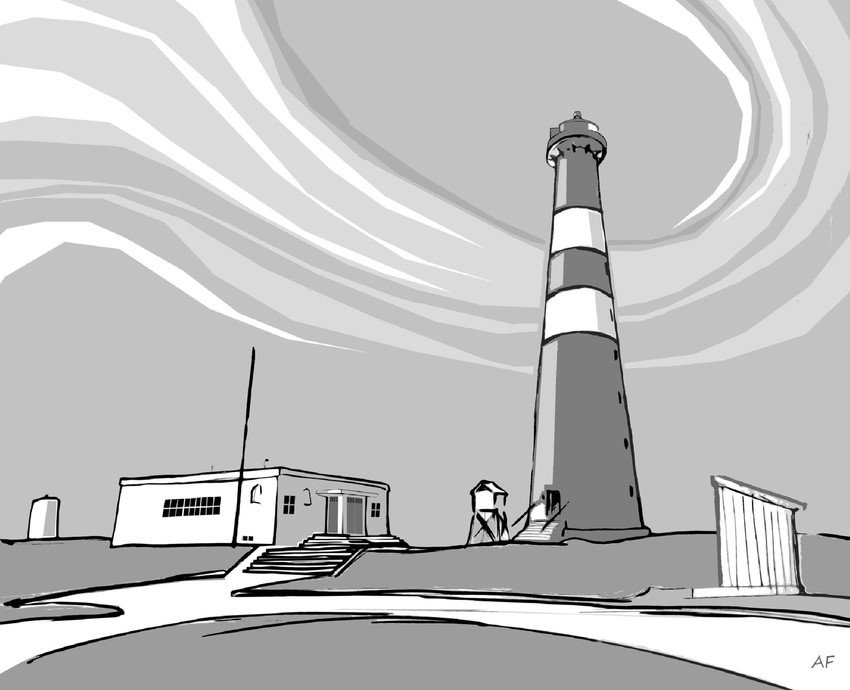 Foto: og grafikk Arild Fredriksen
Slettnes lighthouse was first lit on September 15th, 1905, after three seasons of work by the work-party from Sunnmøre. During the 2nd World War the station was taken over by the Germans and when they started their retreat in 1944, they tried to demolish the whole station. But the 10 bottom rings of the cast-iron tower remained standing. During the reconstruction after the war, the tower was raised to 39 meters, which is the 5th highest in Norway. As one of the last lighthouses in Norway, Slettnes was de-manned in 2005. The station is owned by the state and protected as a national monument under the Cultural Heritage Act. The Coastal Administration is cooperating with the regional museum to facilitate alternative use of the premises. Guiding the way - The waters outside Slettnes are shallow and known to be dangerous. East of the lighthouse lies Korsbøan where the water is only 2-3 meters deep, 100 meters from land. To the west the sea breaks over Tørrbøan, and even further out there are dangerous sunken rocks. According to “The Norwegian Pilot” one should not come closer to shore than 2 nautical miles in rough weather.
Publisert av: Lindesnes fyrmuseumSist endret: 2018-11-21 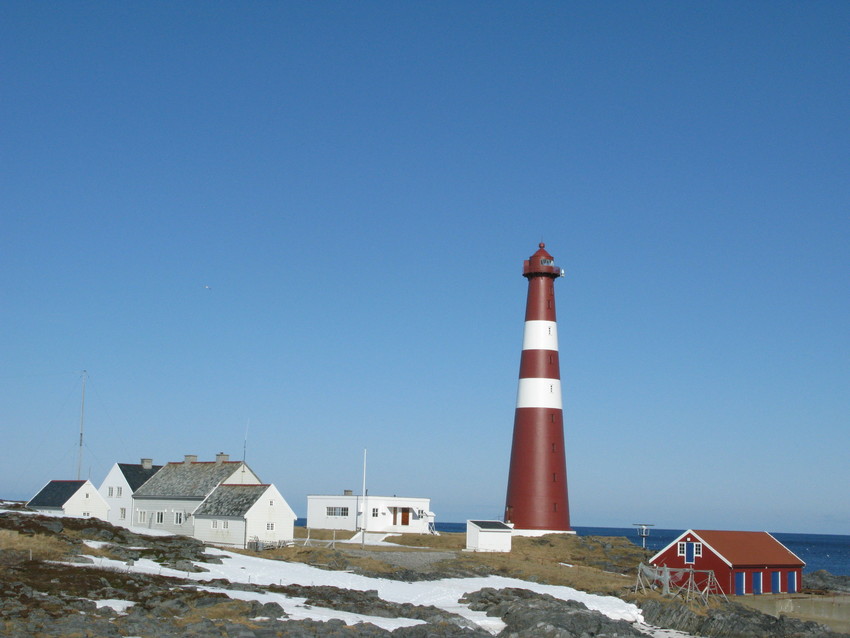 The waters around Slettnes have been known as a dangerous stretch of the shipping lane since ancient times. Both fishermen and the shipping community appealed for a lighthouse to be built here in the late 19th. century. The first lighthouse was erected between 1900 and 1905, and the lamp was lit on September 15th. 1905. In 1922, a fog horn was installed. During the 2nd. world war, the occupying German forces were in command. During their retreat in 1944, a complete destruction of the lighthouse was attempted. However, they did not manage to destroy the tower completely, and ten cast iron rings remained standing. Today, Slettnes is the only iron tower in Finnmark, as all other lighthouses were fully destroyed by the German forces and reerected in concrete after the war. In 1955, a radio beacon with a range of 50 nautical miles was installed, and in 1956 the lighthouse was connected to the local power supply network. In the after-war decades, up to four families lived here at the same time. In 1973, shifts were introduced and the staff’s families could settle elsewhere. Since 1998, Slettnes lighthouse has been protected by the cultural heritage act. In 2005, the lighthouse was automatized an de-manned.