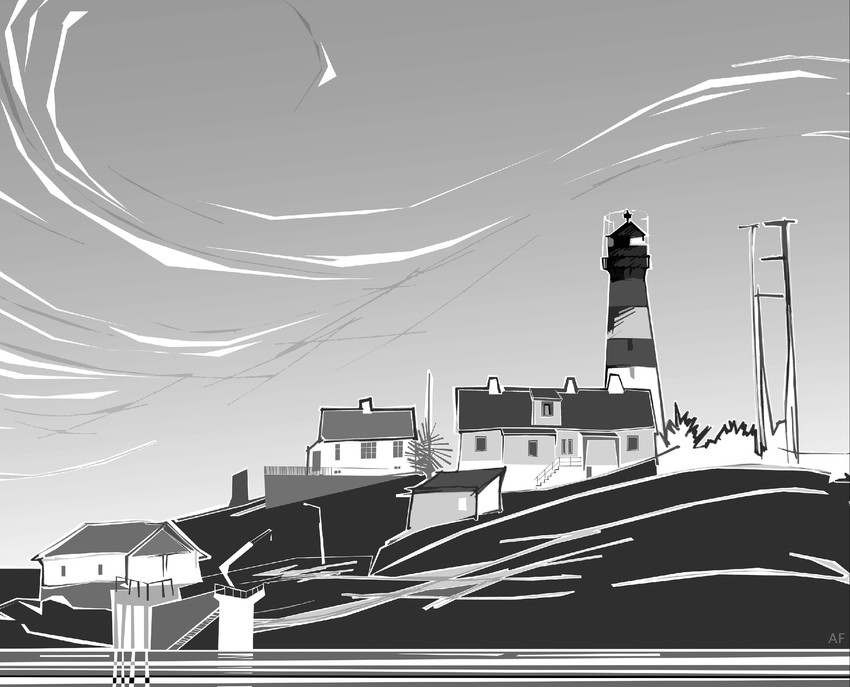 Foto: og grafikk Arild Fredriksen
The lighthouse at Skrova was established in 1856 and was one of the first lighthouses on the north coast. First it was located at the western side of Skjåholmen, but in 1922 a completely new station by the same name, was built here at Saltværholmen. After this, the lighthouse at Skjåholmen was shut down and replaced by a small beacon. As one of the last lighthouses, Skrova was de-manned in 2005. The station is owned by the state, and protected as a national monument under the Cultural Heritage Act. The Coastal Administration is cooperating with local interests to facilitate new use of the premises. Guiding the way - The first lighthouse at Skjåholmen was established to guide the fishermen and was only lit during the cod-fishing season between January and April. The foundations of the old lighthouse can still be seen by the entrance to the harbour. The new light at Saltværsholmen was much stronger and meant to serve the fairway through the Vestfjorden basin the whole year round.
Publisert av: Lindesnes fyrmuseumSist endret: 2018-11-21