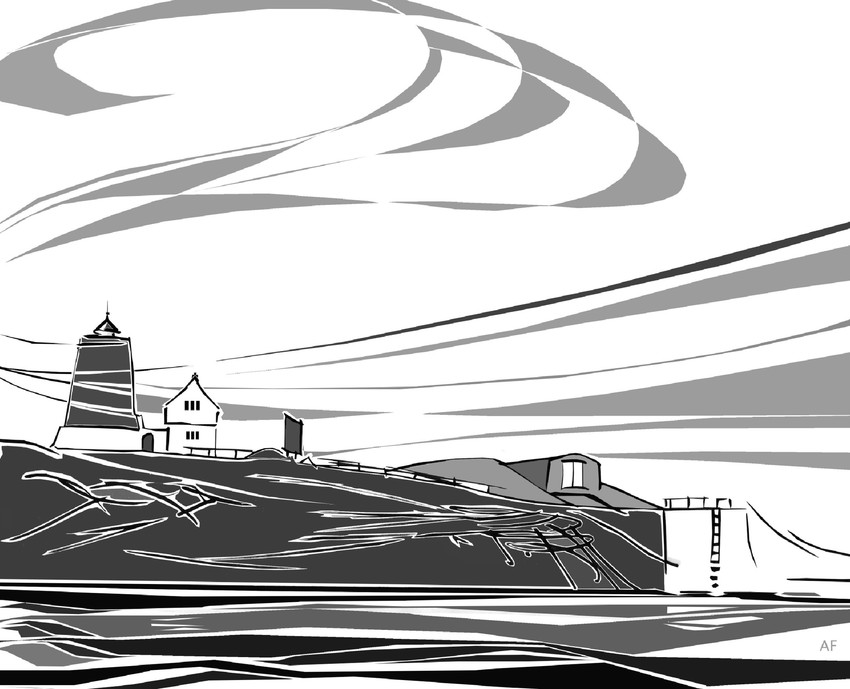 Foto: og grafikk Arild Fredriksen
Røværsholmen lighthouse was established in 1892. It exemplifies the marginal living conditions that lighthouse keepers often had to face - a weather-beaten rock often washed over by the waves. The cast-iron tower at Røværsholmen is rather wide compared to its modest height of 13,5 metres. It is also worth noticing that most of the stones used here are stones from one of the two (out of three) towers at Lista lighthouse that that were made redundant and taken down in 1873. The station was de-manned in 1975. It is owned by the state, and protected as a national monument by the Cultural Heritage Act. The Coastal Administration has facilitated alternative use of the station. The establishment of Røværsholmen lighthouse was initiated after a meeting between the Director of Lighthouse Affairs, the leader of the local pilots and representatives of seamen’s associations and steamship operators. All concluded in unison that Røværsholmen was the right place for a lighthouse securing the entrance to the area around Haugesund.
Publisert av: Lindesnes fyrmuseumSist endret: 2018-11-21