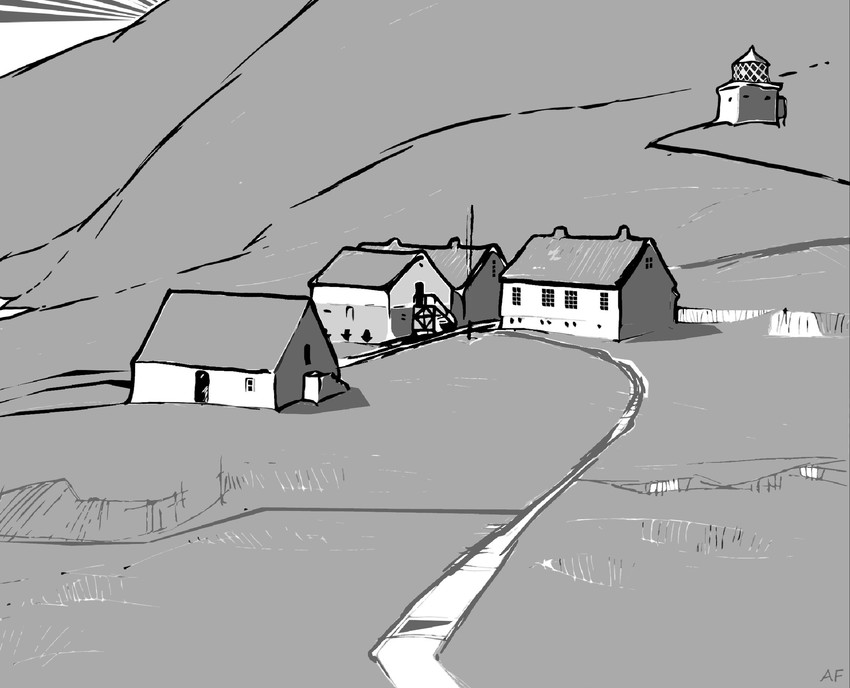 Foto: og grafikk Arild Fredriksen
In 1767 Runde was lit as the 5th lighthouse in Norway. It was an open coal-fire, placed directly on the rock called “Rundebranden”. At first it was the bailiff of Ålesund who had the privilege of operating the lighthouse, but in 1807 the state took over. In 1826 the light was “modernised” with the coal burner placed inside a lantern. In 1858 a cast- iron tower was erected, but today only a small day-mark is left of this. The old coal fire was also demolished when the new concrete lighthouse was built in 1935. But the lens from the cast-iron tower was moved to the new building and is still in function. Runde lighthouse was de-manned in 2002. The station is still owned by the state and protected as a national monument under the Cultural Heritage Act. The Coastal Administration has established a cooperation with the local branch of the Norwegian Trekking Association to facilitate new use of the buildings. Guiding the way - The rough waters around Runde have always been fared by sailors, and several ships have been wrecked in the area. Today there are several lighthouses and beacons to guide the mariners in from the open sea or through the inshore waterways between islands and into the fjords.
Publisert av: Lindesnes fyrmuseumSist endret: 2018-11-21