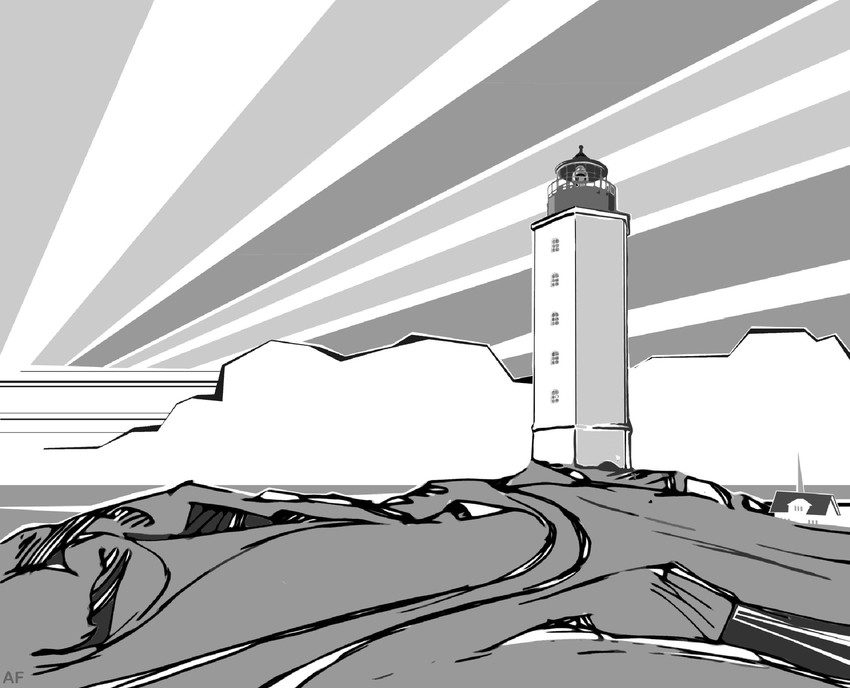 Foto: og grafikk Arild Fredriksen
Already in the year 1700 a swape light was in operation at Kvitsøy. Today’s tower was finished in 1859, and is the oldest stone tower in Norway still in service. Kvitsøy lighthouse was automated and de-manned in 1969. Today the Coastal Administration is cooperating with the local municipality, which organize guided tours at the lighthouse in the summertime, and also present different exhibitions in the tower. The earlier keeper’s cottage in Ydstebøhavn, about 150 metres from the tower is now serving as library, café, exhibition room and meeting place. The lighthouse is still in governmental ownership, and is protected as a national monument under the Cultural Heritage Act. Guiding the way - Kvitsøy, the third Norwegian lighthouse, was established as a private enterprise by a young man after being rescued at sea. But it soon proved to be of great value for the sailors coming in from the North Sea, heading towards Stavanger or Bergen. At the beginning the lighthouse service was based on private privileges, but from 1815 the service was taken over by the state.
Publisert av: Lindesnes fyrmuseumSist endret: 2018-11-21