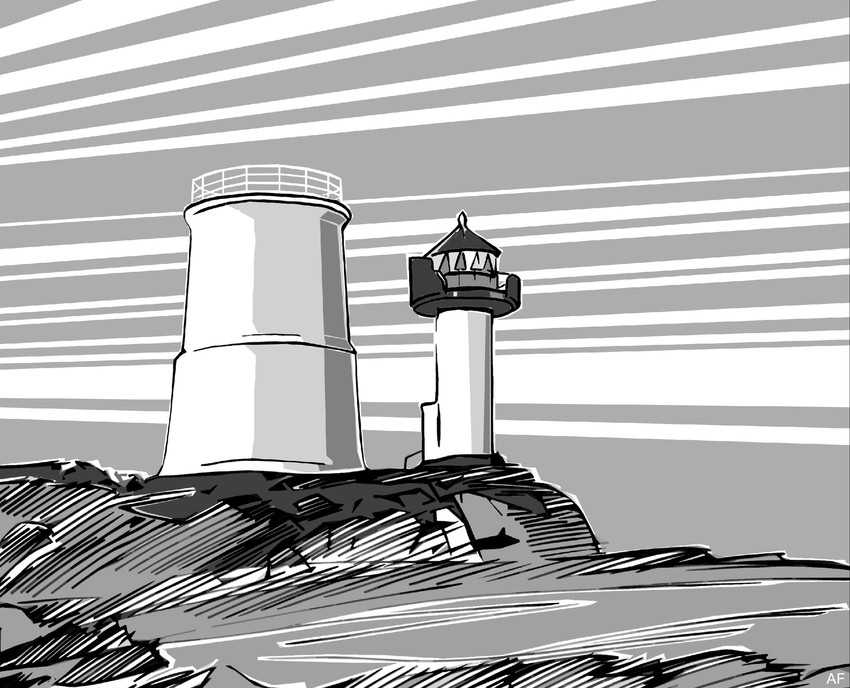 Foto: og grafikk Arild Fredriksen
The light at Kvitholmen was first lit in 1842, as the first station after the establishment of the Lighthouse Directorate the year before. It was no easy task to build a lighthouse at the weather-beaten Kvitholmen. It stretched over three seasons, engaging more than 100 men. In 1841 a hurricane swept over the rock, destroying parts of the new buildings and annihilating most of the workers equipment. Kvitholmen was automated and de-manned in 1990. The station is owned by the state and protected as a national monument under the Cultural Heritage Act. The Coastal Administration is cooperating with the organisation “Friends of Kvitholmen” to facilitate new use of the station. Guiding the way - Kvitholmen lighthouse was established to safeguard the sailing through the rough waters outside Hustadvika. The location at Kvitholmen was already proposed by the first Lighthouse Commission in 1828, but following disputes led to the more than ten years delay of the project. Finally it was the involvement of the Harbour Commissions in both Trondheim and Kristiansund that brought the discussion to an end.
Publisert av: Lindesnes fyrmuseumSist endret: 2018-11-21