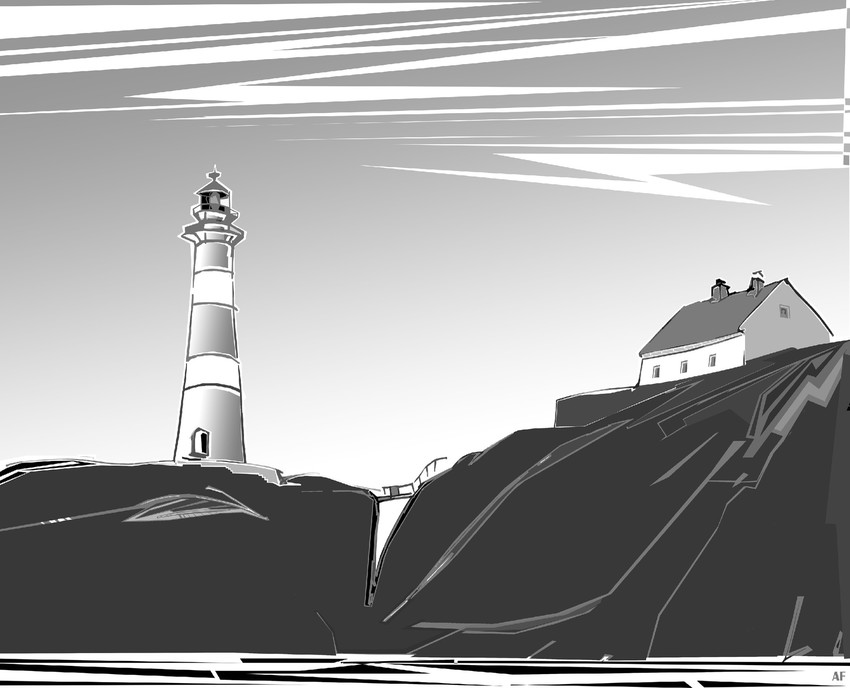 Foto: og grafikk Arild Fredriksen
Hellisøy lighthouse was established in 1855, with the second cast-iron tower in Norway. The tower is 32,2 metres high, and the inside is lined with bricks. The idea to use cast-iron to build lighthouse towers came from England in the early 1850’s and was soon wholeheartedly promoted by the Norwegian Directorate of Lighthouse Affairs. The different parts of the tower at Hellisøy were partly casted at Bærum Verk outside Oslo and a by mechanical workshop in Horten. Hellisøy lighthouse was de-manned in 1992. The station is owned by the state and is protected as a national monument by the Cultural Heritage Act. The Coastal Administration has established a cooperation with the local municipality to facilitate new use of the station. Guiding the way - In 1828, the lighthouse commission had proposed a lighthouse at Holmengrå to guide the northern approach to Bergen, but in 1851 the new commission advocated the more southern inlet on the south side of Hellisøy, “because the waters here are cleaner and safer, and therefore are preferred by most sailors...”. Still it was the initiative and lobbying of local representatives to the Parliament that ensured the positive outcome of the proposal.
Publisert av: Lindesnes fyrmuseumSist endret: 2018-11-21