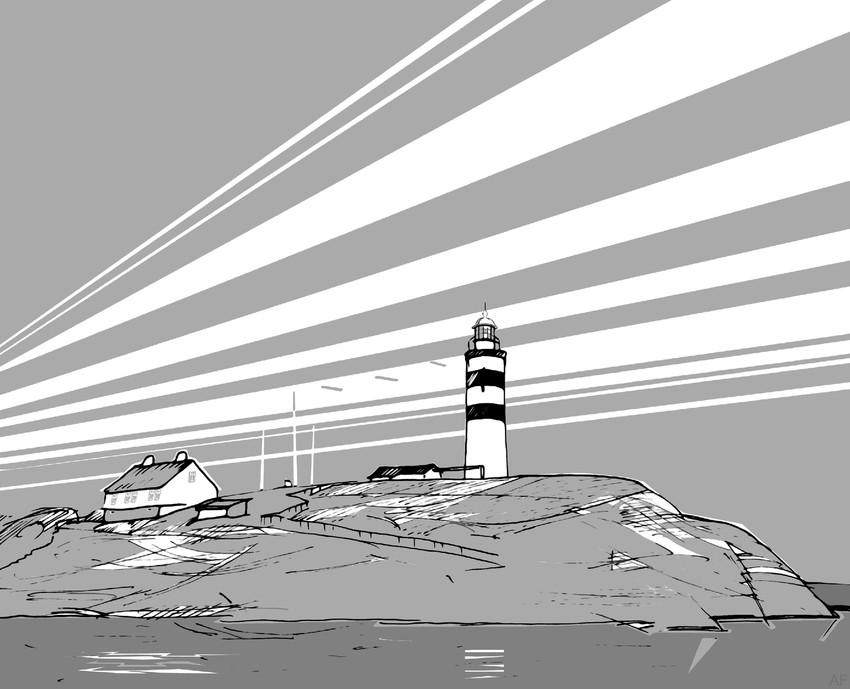 Foto: og grafikk Arild Fredriksen
Halten lighthouse was first lit in 1875. It is part of a row of coastal lights, including Sula, Vingleia and Finnvær. The stone tower measures 29,5 meter and is of an unusual kind in Norway. The station was attacked by Allied planes during the 2nd world war, but with minor damage. The station was de-manned in 2005. It is still owned by the state, and is protected as a national monument under the Cultural Heritage Act. Guiding the way - In the 1850’s a discussion was raised regarding the unsatisfactory lighthouse service on the coast north of Trondheim. Originally, the plan was to erect two towers at Halten, but by the time the work was started in the 1870’s, the technological development had eliminated the need for twin- or triple-lights as aids to navigation. Because of the “new” revolving lenses, each light could be given their own light-character depending on the speed of rotation and the construction of the lens. As a result of this, two of the triple stone towers at Lista were taken down, and the cut stones were transported to Halten to build the new tower here. Even the lantern was moved, and several of the workers involved in the construction of the two new towers at Lista 20 years before were present at Halten when receiving the stones for re-building.
Publisert av: Lindesnes fyrmuseumSist endret: 2018-11-21 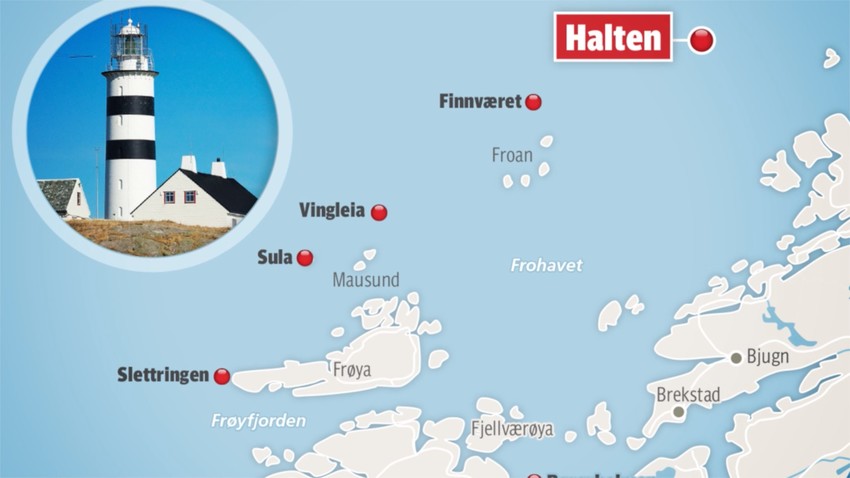 Halten is an old fishing community, mentioned in written sources as early as 1548. It’s unknown whether people were living permanently on the island in the 16th century, but during the fishing seasons there had been fishermen using Halten much earlier than that. In the eighteen hundreds fishermen started building shacks and dwellings. A need for light in harbour developed. In 1851 a governmental commission suggested building two lighthouses on Halten, but 20 years later, when the building started, it was enough with one lighthouse. The lighthouse tower was moved from Lista where there had been three lighthouses. The reason for this was the development of the Fresnel rotating lens, which made it possible to distinguish one lighthouse from another based on the blinking cycle of the light. The film is made by Eli Johanne Ellingsve in cooperation with the Multimedia Centre at NTNU, Trondheim. The film has been produced for the Frøya arts and competence centre.