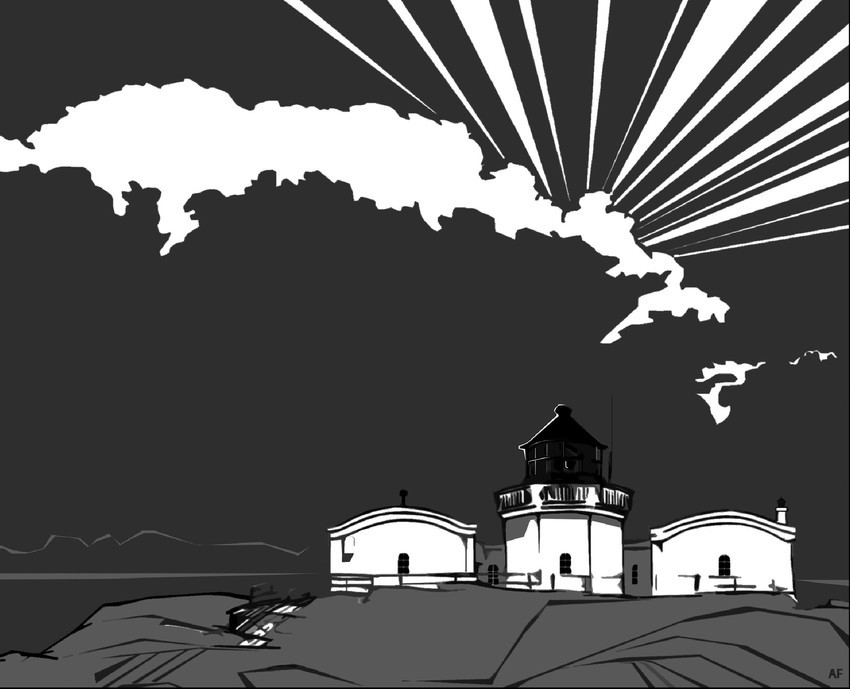 Foto: og grafikk Arild Fredriksen
Geitungen was first lit on July 1st, 1924. After this, only four more manned lighthouse stations were built in Norway. The main building is one of the more spectacular examples of lighthouse architecture in Norway, drawn by the chief-engineer Jørgen Meinich of the National Lighthouse Administration. The industrial style and oncrete construction is used on several stations, but Geitungen stands out as one of the best, with its curved forms and strong symmetry. The station was de-manned in 1994. It is owned by the state and protected as a national monument under the Cultural Heritage Act. The Coastal administration has established a cooperation with the local branch of the Norwegian Trekking Association to facilitate new use of the station. Guiding the way - The lighthouse authorities received a lot of complaints over unsatisfactory aids to navigation in the heavily trafficked waters of Skudenesfjorden and Boknafjorden. The lighthouse at Kvitsøy on the south side was too far away, and had no fog signal, so finally Geitungen to the north was selected for a new light with a modern fog signal.
Publisert av: Lindesnes fyrmuseumSist endret: 2018-11-21