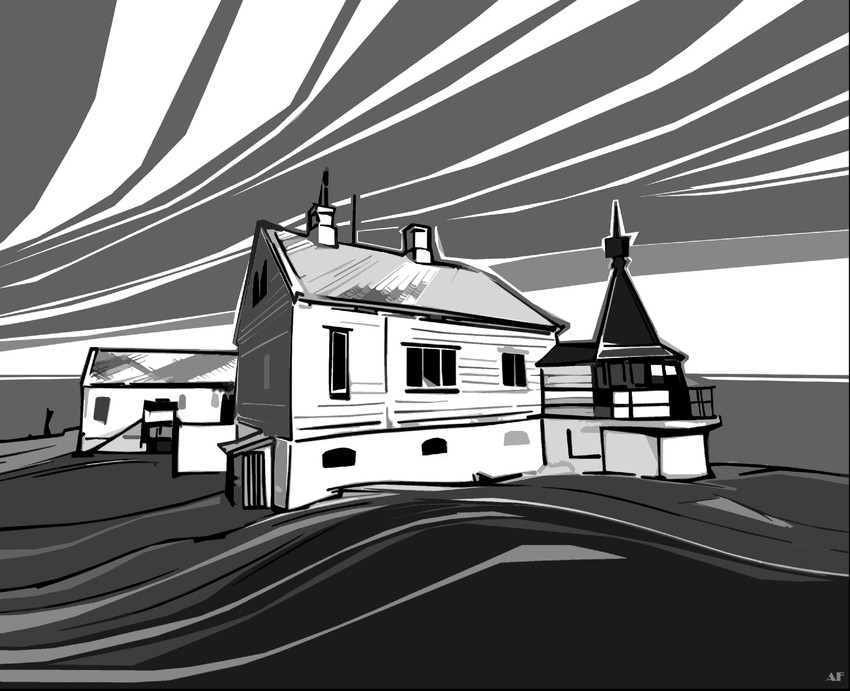 Foto: og grafikk Arild Fredriksen
Geita lighthouse was lit on October 1st, 1897. The main building also served as living quarters for the family that attended the light and often both the women and children were involved in the work. The family was provided with both an outhouse and a boathouse, but they were more than 200 metres from the main house. At the landing there was a crane, and usually the boats had to be lifted out of water and stored in the boathouse to keep them safe. Geita lighthouse was de-manned in 1982. The station is owned by the state and protected as a national monument under the Cultural Heritage Act. The Coastal Administration is cooperating with a local organisation to facilitate alternative use of the premises. Guiding the way - The lighthouse at Geita was established in relation to Utvær lighthouse, to mark the passage on the eastern side of Værlandet. The lighthouse, placed on top of the small island is a dominant marker in the coastal landscape. On the one hand, it is a typical, small wooden lighthouse, but on the other hand it has a uniquely shaped lantern witch also give the sailors a characteristic day-mark.
Publisert av: Lindesnes fyrmuseumSist endret: 2018-11-21