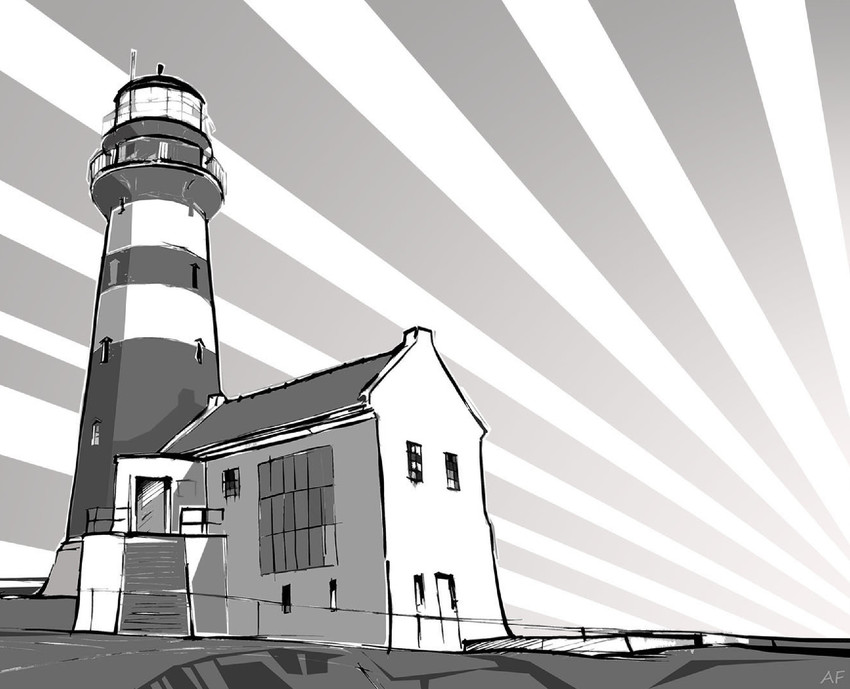 Foto: og grafikk Arild Fredriksen
The lighthouse at Feistein was established in 1859. Today’s cast-iron tower was first presented at the world exhibition in Kristiania/Oslo in 1914, before it was dismantled and re-erected here at Feistein. The station was manned until 1990. It is still owned by the government and is now protected as a national monument under the Cultural Heritage Act. The Coastal administration is cooperating with the local municipality to facilitate alternative use of the buildings. Guiding the way - It was C.F. Diriks, the Director of Lighthouse Affairs himself who initiated the establishment of Feistein lighthouse after his tour of inspection on the west coast in 1857. The need to give ships a safe landfall in the shallow waters of Jærens Reef, made him reconsider the priorities decided by the parliament in the budget for 1857-60.
Publisert av: Lindesnes fyrmuseumSist endret: 2018-11-21