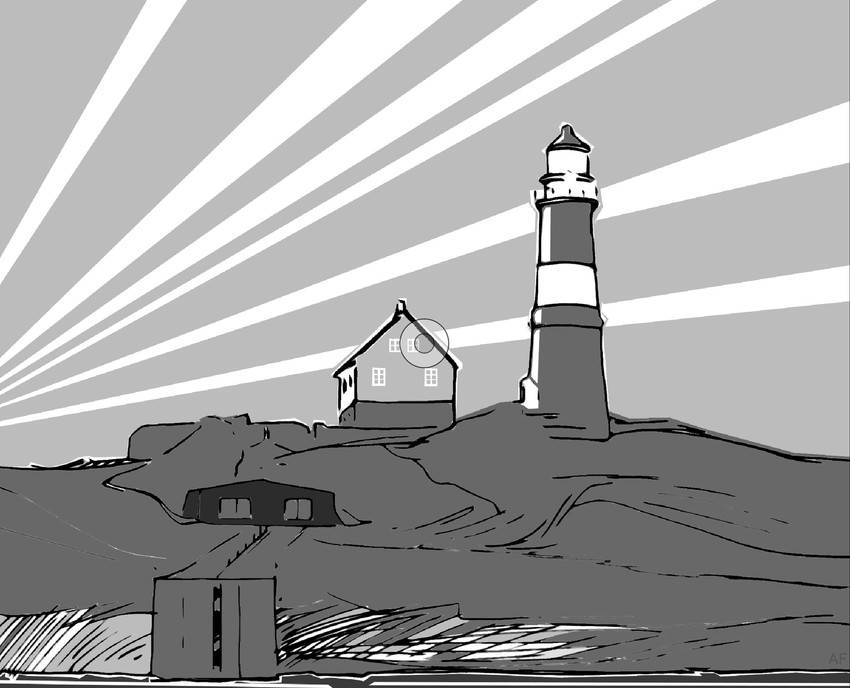 Foto: og grafikk Arild Fredriksen
Bremstein lighthouse was established in 1925. Located at the small island of Geiterøy in the archipelago of Steinan, it is so isolated that it never became a family-station with residing women and children. For eight months of the year the lighthouse was manned with a keeper and his assistant, with a relieve-assistant to substitute when needed. Bremstein was de-manned in 1980. The station is owned by the state and protected as a national monument under the Cultural Heritage Act. The Coastal Administration is cooperating with local interests to facilitate alternative use of the premises. Guiding the way - The waters around the archipelago of Steinan (“The stones”) have always been known to be dangerous. When the decision was made to build Bremstein lighthouse, the main argument was the long distance between the coastal lights to the north and south. A light in these waters would therefore be a substantial improvement in the safety of the many ships sailing off the coast of Helgeland. The tower at Bremstein is rather special, with its two big lenses, one for the main light and one for the secondary light.
Publisert av: Lindesnes fyrmuseumSist endret: 2018-11-21