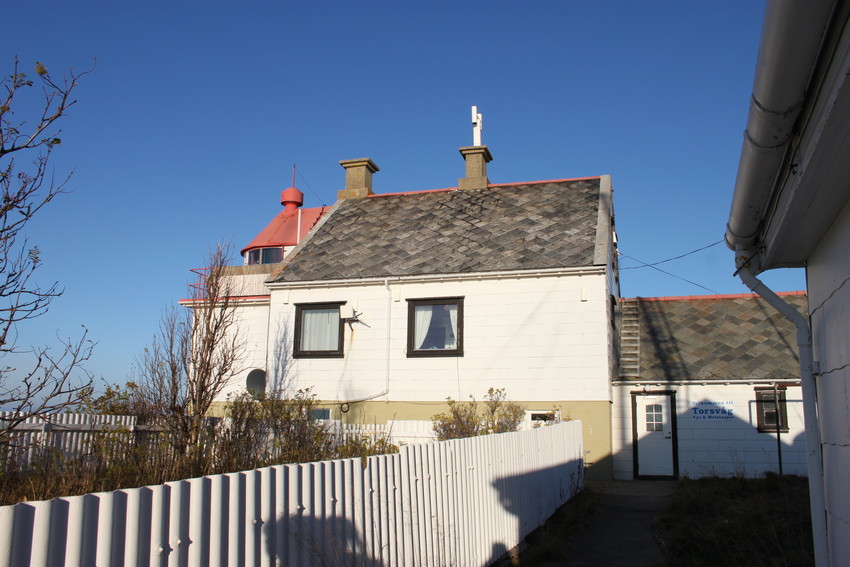 Foto: Svein Harald Eliassen / Kystverket
Torsvåg lighthouse is situated on the little island Kåja on the northwestern side of the island Vanna in Karlsøy municipality. The first light was installed to secure navigation from sea in 1904. It was replaced by a larger light in 1916, and the lighthouse as it stands today was built in 1922. In the early decades, Torsvåg was a family station, but in the 1970s, shift work was introduced. The lighthouse was automated in 1986 and de-manned in 2006. Torsvåg is an important location for aids to navigation. A Decca mast played an important role alongside the light for many years. Today, there’s a DGPS satellite station here, as well as a meteorological measuring station. Torsvåg lighthouse is owned by the The Norwegian Coastal Administration. Accomodation services are run by Torsvåg Havfiske.
Publisert av: Museene for kystkultur og gjenreisning i Finnmark IKSSist endret: 2018-11-20