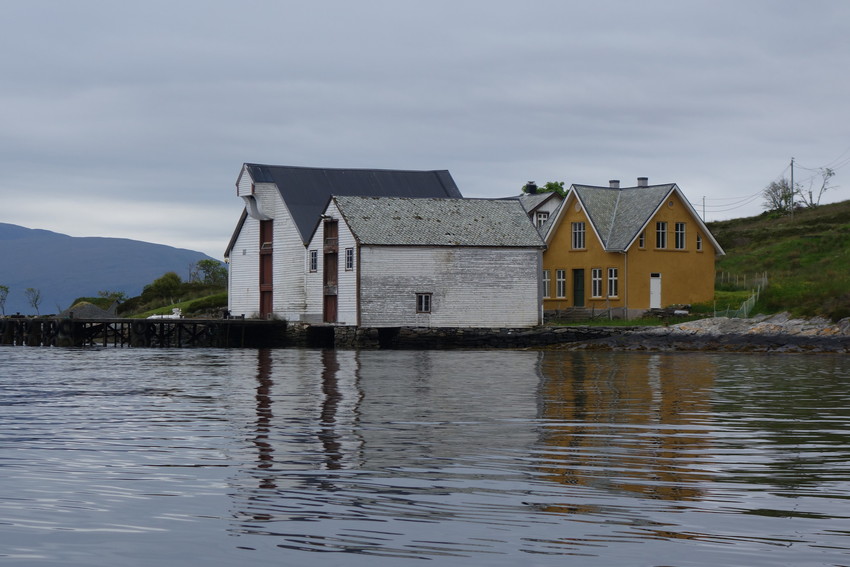 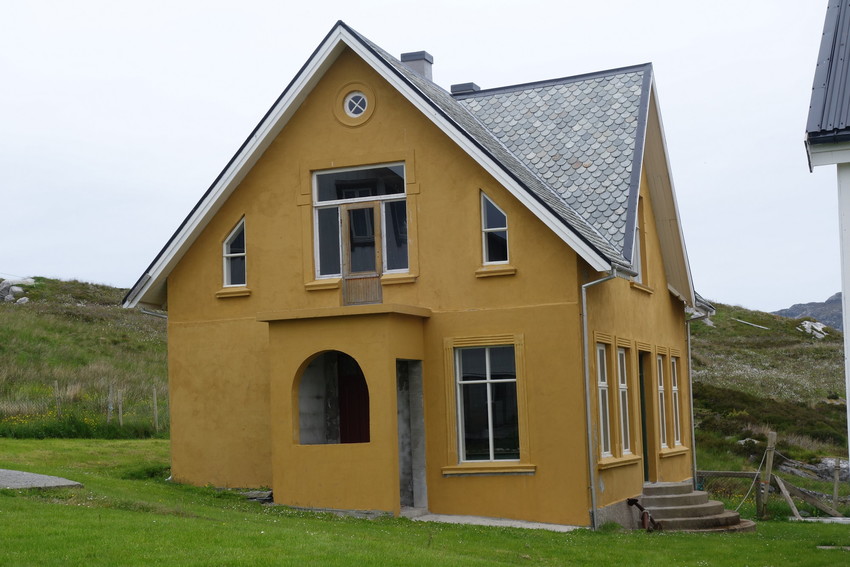 Foto: Frode Pilskog
The brick building from 1905, built by a Danish mason, was in its time one of the most modern in Sunnmøre. It contained both a shop, bakery with a huge oven for baking bread and rooms to let. The bricks were originally intended for another construction project. The vessel transporting the bricks sank, but Gerhard Brekke bought its cargo. 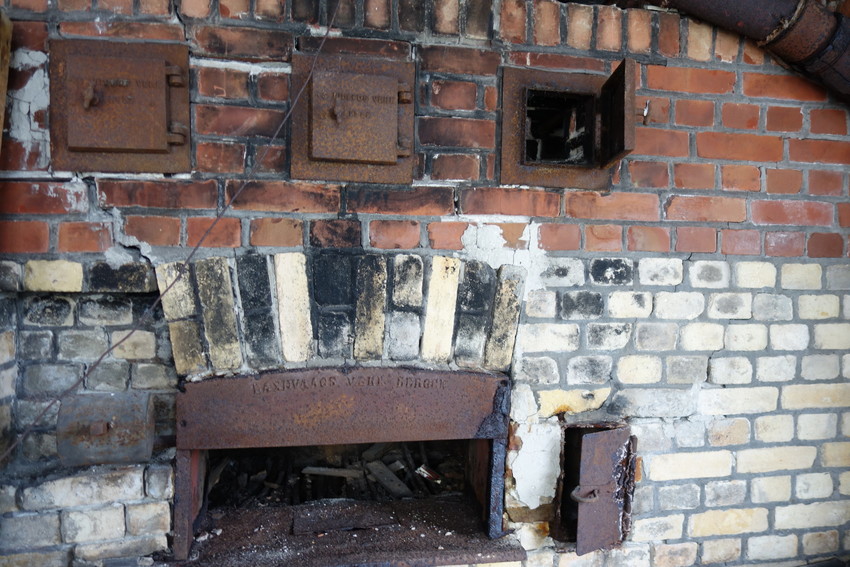 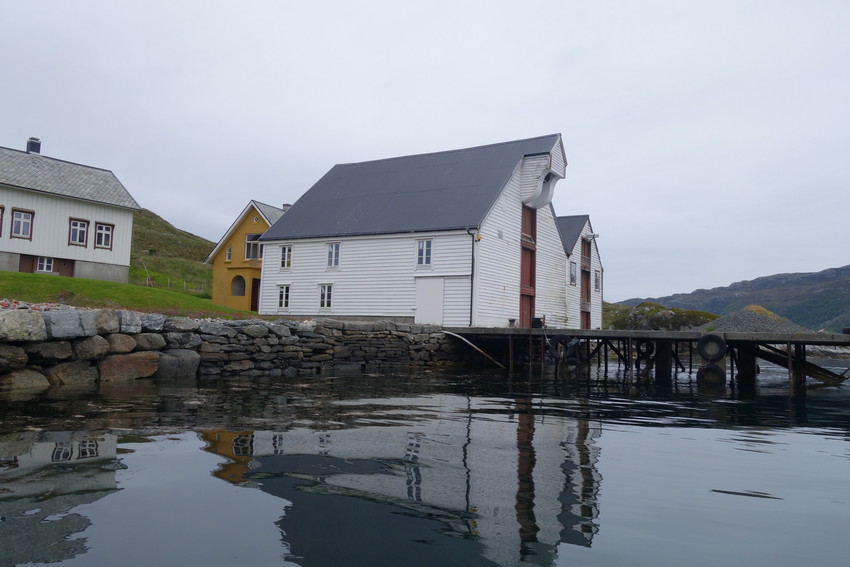 ~no:Den største sjøbuda vart flytta frå Haugsholmen i 1880. Den minste vart sett opp i 1914.~en:The largest wharfside shed was moved from Haugsholmen in 1880. The smallest one was erected in 1914.