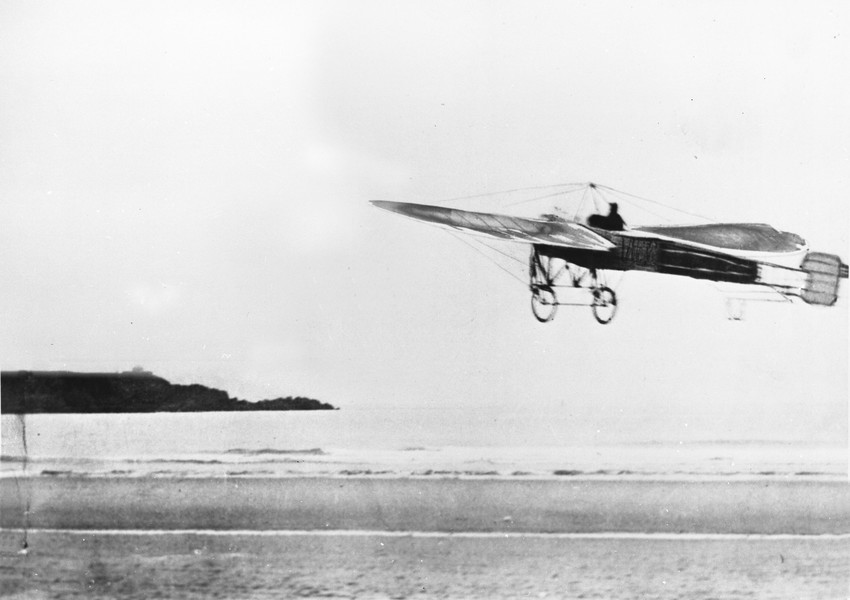 Travelling home from USA, the young Bergen-citizen Tryggve Gran met the pilot Robert Lorrain, and got the idea of crossing the North Sea with an aeroplane. Gran got aviation pilot education by the famous aviation pioneer Louis Bleriot in Paris, and he later bought an aeroplane for the journey. The plane was named "Nordsjøen"(The North Sea"). Finally,once the forecast promised good flight conditions, Gran went ahead. He started from the beach in Cruden Bay, nearby Aberdeen, the 30th of July 1914 at 13 o'clock Norwegian time. The weather conditions were bad. Gran flew into thick fog and was practically blindfolded until he got over the cloud cover. After four hours and ten minutes he landed on Maleneset in Klepp at 17.12 local time. There were no receptin commitee. Only Thore C. Reve, who was a young boy at time, welcomed him. He thought Gran landed in the sand like a butterfly. It was the longest flight over open sea ever. But the accomlishement did not get much attention. Europe was in a state of crisis,  fours days later World war one started.
Publisert av: Lindesnes fyrmuseumSist endret: 2018-11-19