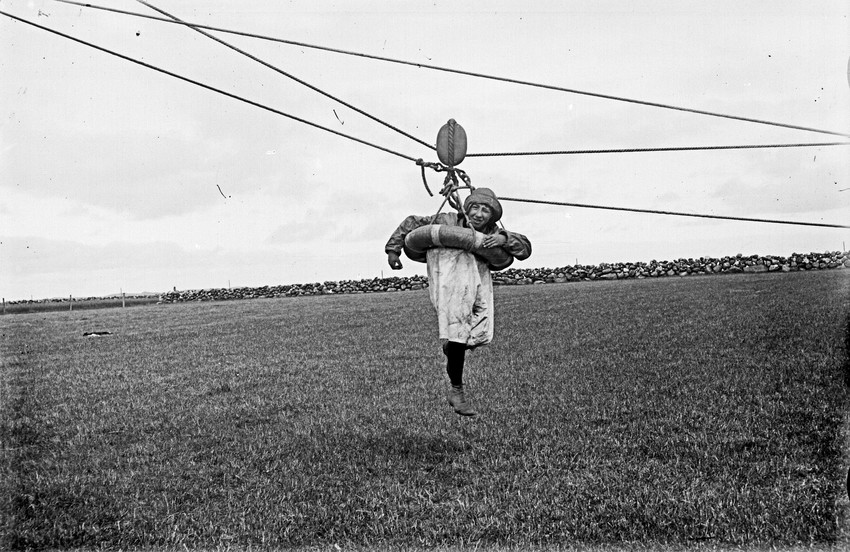 The schooner Magdalene Christine from Bergen was shipwrecked off the coast of Ogna in January 1852. The shipwreck, which sparked the establishment of rescue stations along Jæren’s coast, claimed the lives of five of the seven on board. Consul Tønnes Puntervold could only watch helplessly and later wrote a newspaper account of the experience that so shook him. This article made a strong impression on seamen across the Jæren and Stavanger region. 33 skippers from the region sent a letter to the Ministry of the Navy asking for help to obtain rescue equipment for the Jæren coast. The same year, the government passed a resolution to establish rescue stations in the most dangerous areas along the coast, including Jæren.  By decree of the Lighthouse Director, these stations were established in Refe, Obrestad, Husveg and Kvalbein in 1854. Two years later a station was built at Raunen, and the last one was built in 1897 in Vik. Rescue equipment was purchased from England and adapted to local needs. The Varden Sea Rescue Museum between Brusand and Ogna today shows how the rescue service operated.
Publisert av: Lindesnes fyrmuseumSist endret: 2018-11-19