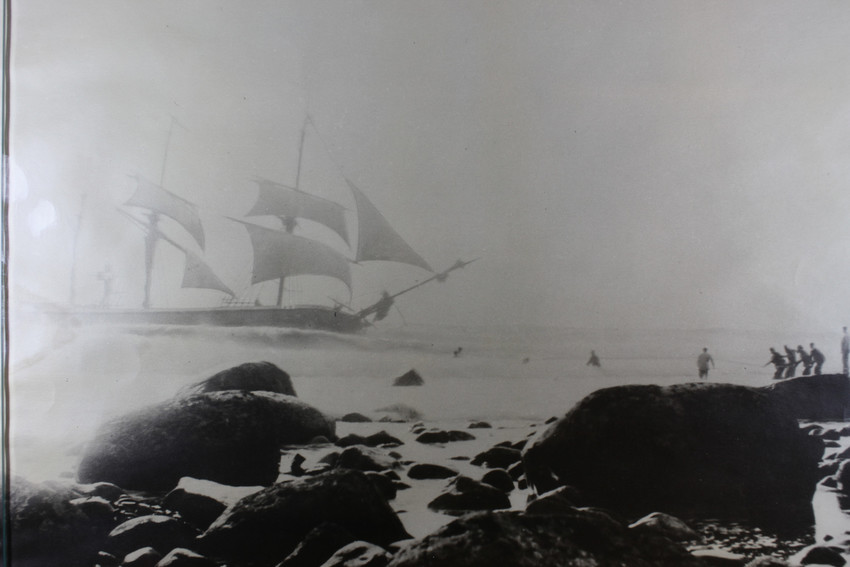 The Jæren coast was long feared by voyagers. The desolate sand and stone beaches between Sirevåg and Tananger provide no shelter to seafarers in an emergency. The silhouettes of mountains are visible from the sea, but the long, shallow beaches and flat landscape are not easily discernible in bad weather or twilight. Seamen could be led to believe they were far from land, and sailing vessels were particularly vulnerable as they had no engine power to propel them in any particular direction. They could be buffeted by the winds and filled with water, have their rigging torn apart or rudder damaged. Often the voyage would end on one of Jæren’s many beaches.
Publisert av: Lindesnes fyrmuseumSist endret: 2018-11-19