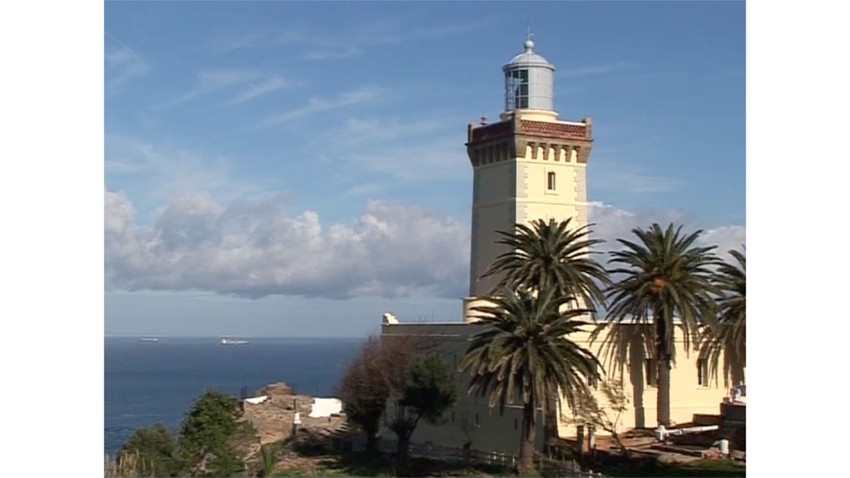 Cape Spartel is the most North Western point of mainland Africa. The cape rises to a height of 326 m. at the top of Jebel Quebir with the Cape Spartel lighthouse. The lighthouse was built by Sultan Mohammed III and first lit in 1864. Cape Spartel marks the point where two oceans meet: The Mediterranean and the Atlantic. Cape Spartel is now one of Morocco's best-known tourist attractions. Below the cape are the Caves of Hercules. The caves have shown evidence of neolithic occupation. Near Cape Spartel is Spartel Bank, a sunken island hypothesized by some as the location of the legendary island of Atlantis