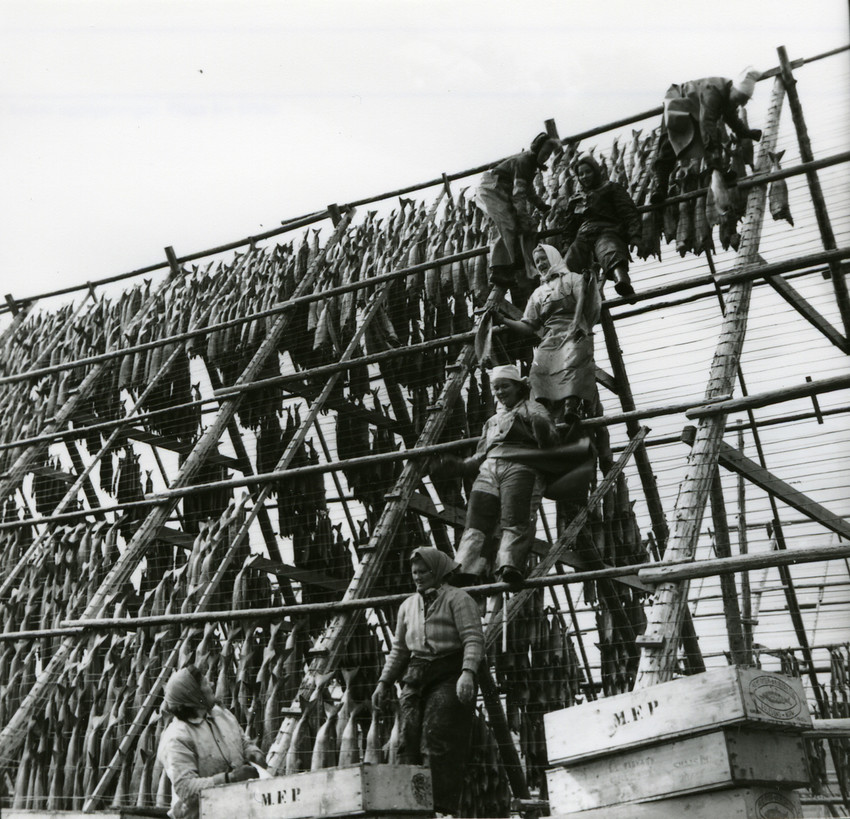 Foto: Erling Simonsen
Mehamn was populated relatively late, but due to the good harbour conditions, the village grew fast in the 19th century. About 1910, it was one of the most important fishing villages in eastern Finnmark. Tody, Mehamn remains a busy fiskevær where traditions live on. The stockfish is mostly exported, whereas the locals stick to their beloved boknafisk.