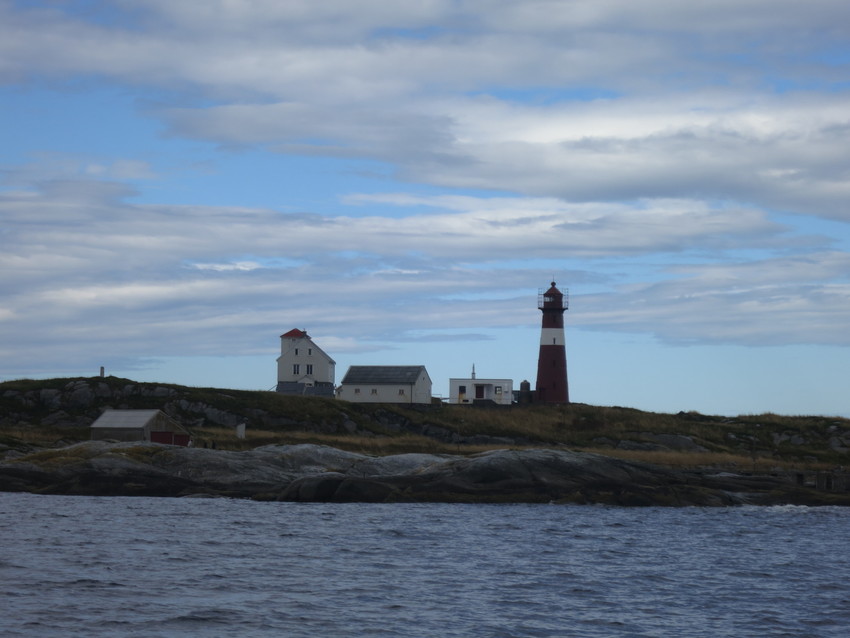 Foto: Frode Pilskog
Grasøyane lighthouse Oc (2) WRG 8s. 14 light sectors. The lighthouse was commissioned in 1886 to improve navigation in the approach to the Breisundet straits. The tower stood on the top of the keeper’s living quarters. Outhouses consisting of a barn and a woodshed were built, as well as a boathouse. The landing is long and shallow, so the slipway is all of 90 m long. The lighthouse was damaged during allied bombing in 1945. A new lighthouse was erected in 1950. The 16 m tall cast iron tower was the last of its type ever built in Norway. The tower is painted red with a white band. On the top of the tower is a 3 m tall lantern room with a Fresnel 4th order lens. In the concrete service building there is a workshop and a watch and radio room. From 1970 helicopters were used to ferry keepers to and from the shift stations on Grasøyane and Svinøy. The lighthouse was de-manned and automated in 1986. As a new source of energy a solar panel system was installed, at the time the largest in Norway. The Directorate for Cultural Heritage issued a protection order for the light station in 1999. Bird and animal life is protected during parts of the year.
Publisert av: Stiftinga Sunnmøre MuseumSist endret: 2018-12-07 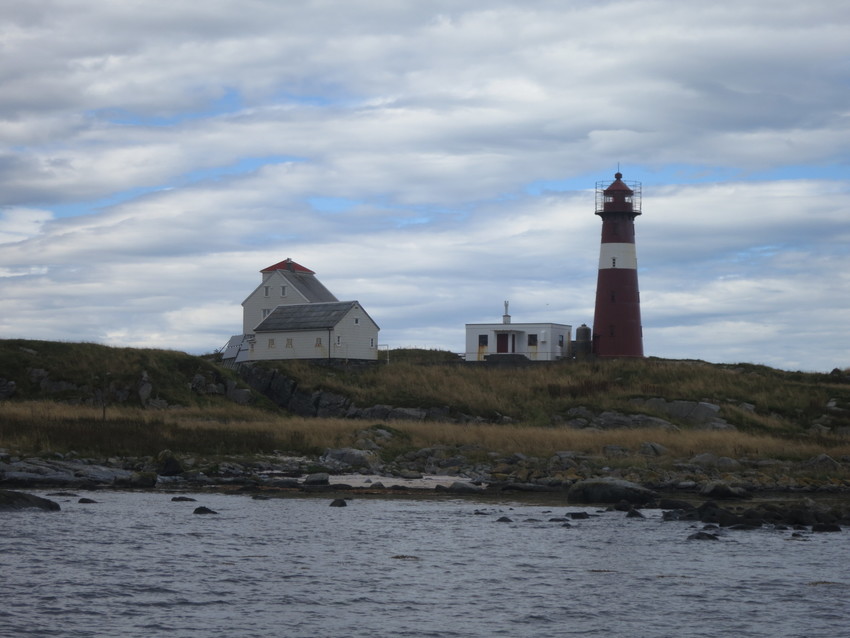 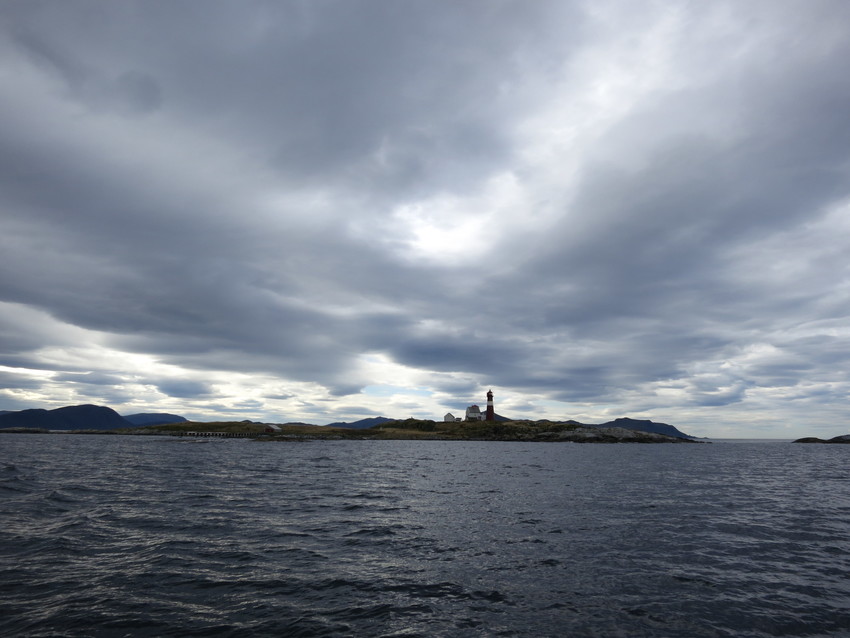 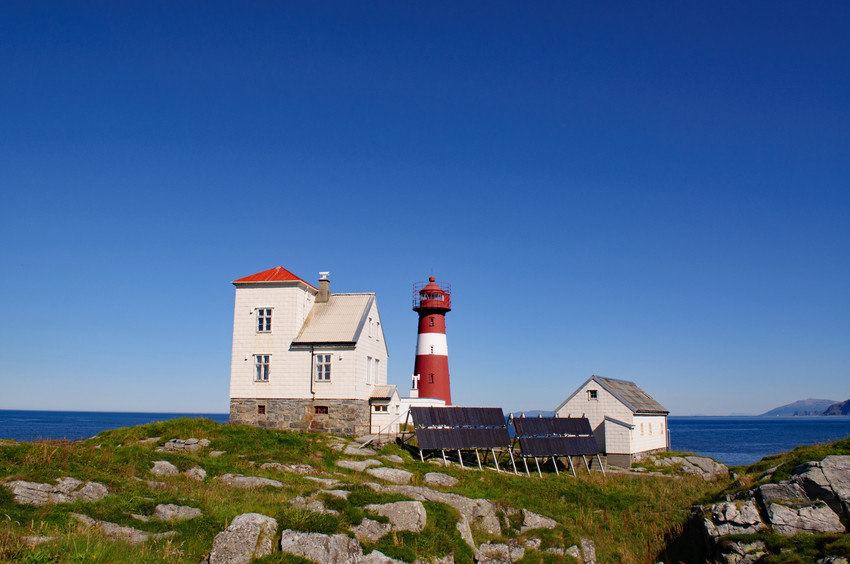 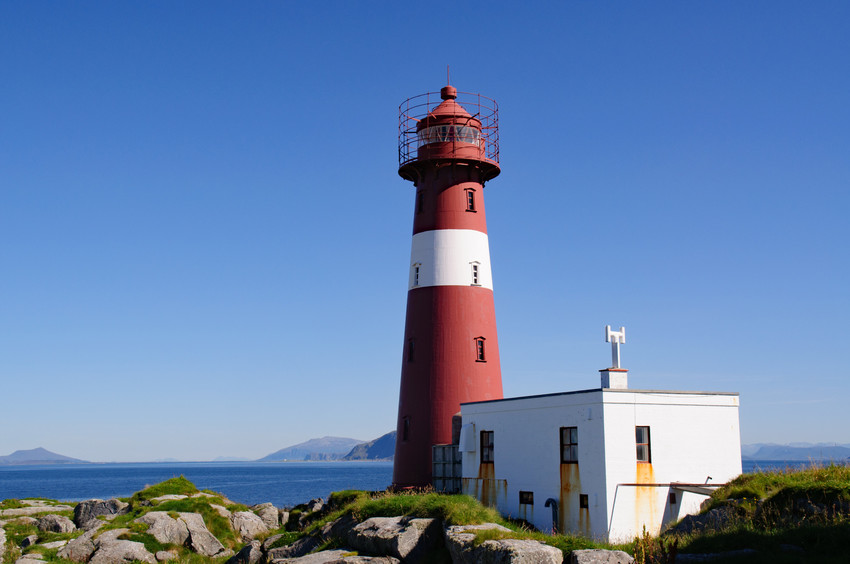 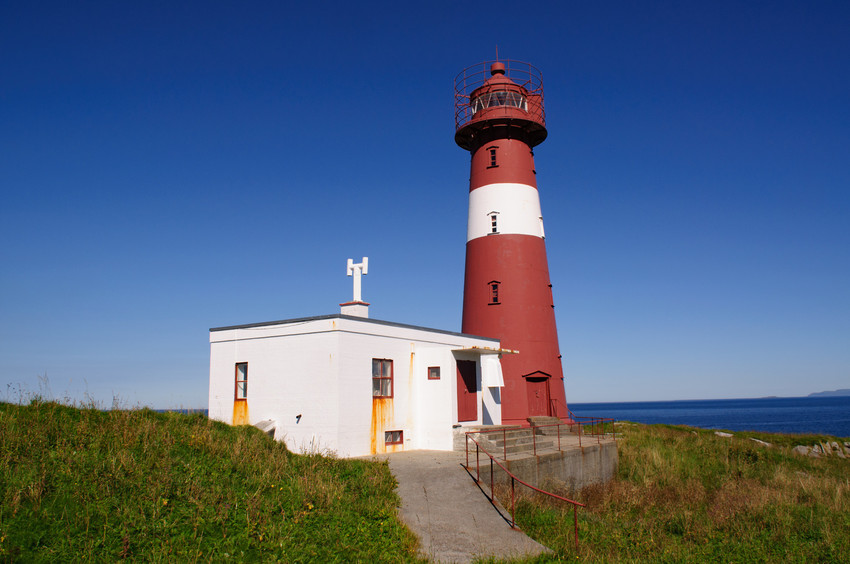 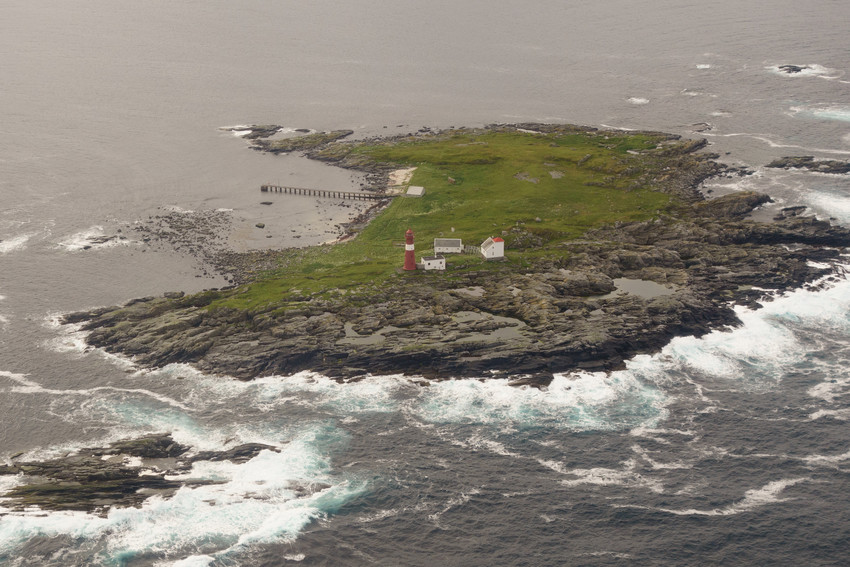