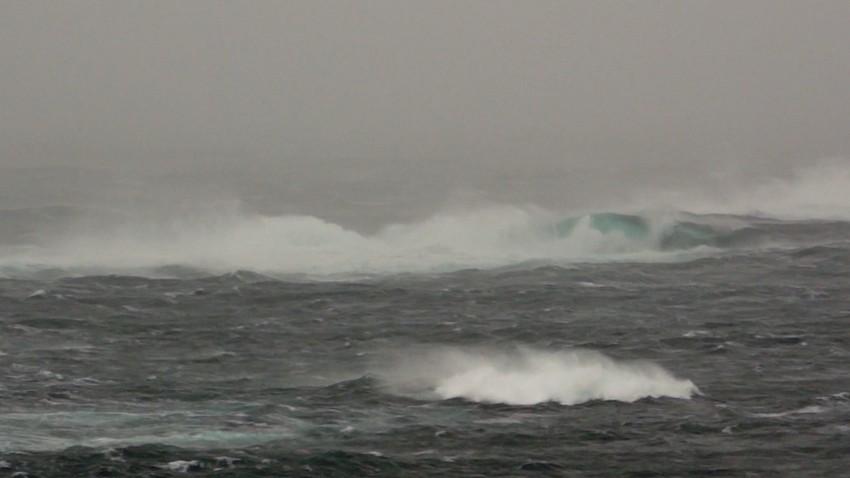 Foto: Jan-Robert Jore
Toftestallen was Norway's first wave power plant, built in Øygarden, Hordaland, in the 1980s by Kvaerner. The wave power plant was in operation for three years before it was destroyed in a storm in 1988. In 1985 the company Norwave built a second wave power plant. This was in operation until 1991. Today it is only ruins left of the two wave power plants, as examples of what the forces of nature can accomplish. Norwave tried to realize their project at Toftestallen with protection against uncontrollable natural forces. The principle behind this power plant was a kind of hybrid between wave- and hydropower, where the waves broke over a "funnel" in the coastline. The waves made the water flow into a dam. When the water returned to the sea, it passed through a turbine, just as in a traditional hydropower plant. Norway was a world leader in wave power research in the 1980's, but lack of financial support hit the sector hard.
Publisert av: Kystmuseet i ØygardenSist endret: 2018-11-18