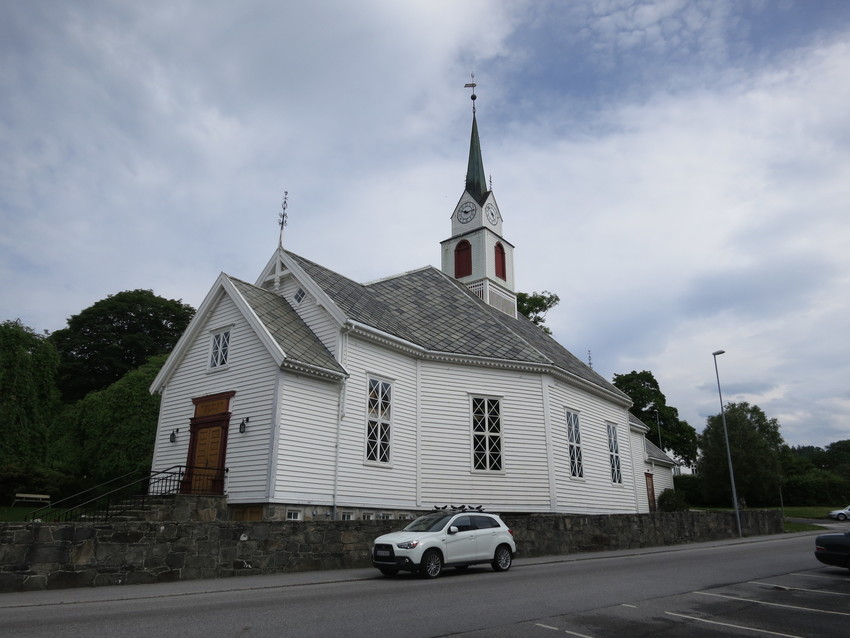 Foto: Frode Pilskog
Ulstein church was moved here in 1878 after having stood in Ulstein old graveyard since 1849. The original architect was local vicar Hans Nicolai Wraamann. The master builder from 1848-1849 was Ole Olsen from Lid, Nordfjordeid. Master builder Gjert Lien from Nordfjordeid was responsible for re-erecting it in 1878. Ulstein church was the last octagonal church built in Sunnmøre. When it was re-erected in 1878 it was given a new tower and spire in neo-Gothic style, a separate chancel and a larger narthex. The tower clock was added in 1967. Today Ulstein church lies in the town centre of Ulsteinvik.
Publisert av: Stiftinga Sunnmøre MuseumSist endret: 2018-11-18