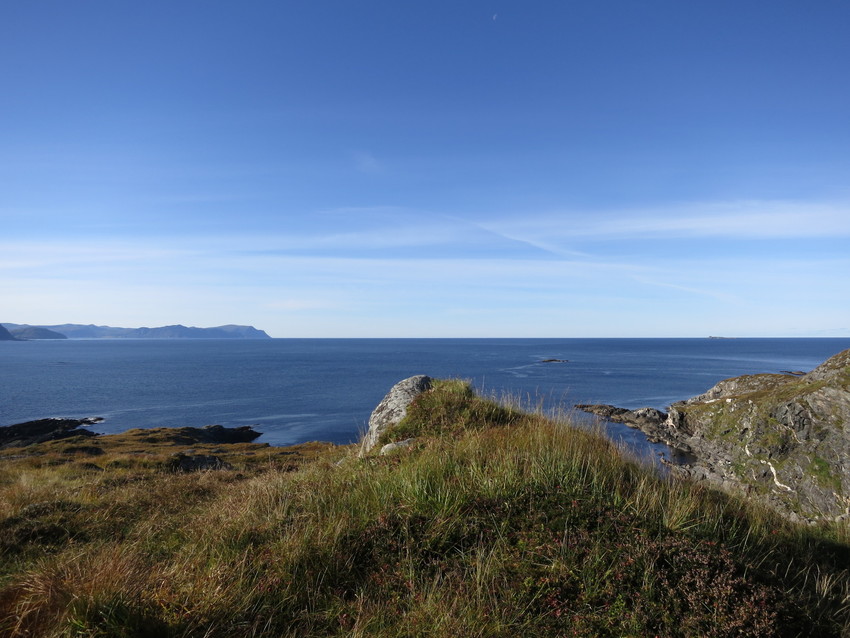 Foto: Frode Pilskog
Kikarsteinen (Outlook Rock), a natural rock outcrop or tor. Here the pilots lay surveying the coast to the S and SE. From the rock you can see ships that round the Stad headland. About 15 m E of the rock lie the remains of a rubble mound/cairn 0.8x0.8 m. N of Kikarsteinen there is a ridge with previously cultivated and grazing land. The dry stone wall runs right up to the rock. Remains of a smallholding in NE. In the background is the Stad headland, towards the W you can see the island of Svinøya and Svinøya lighthouse. The last pilot on Skorpa was Karolius Skorpen. The pilot moved from the island in 1924 and later became a pilot in Ålesund.
Publisert av: Stiftinga Sunnmøre MuseumSist endret: 2018-11-18 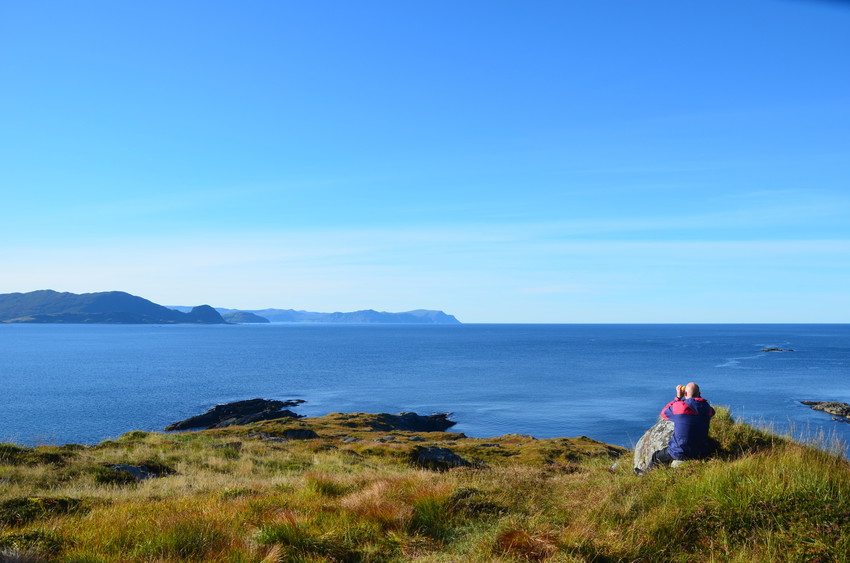 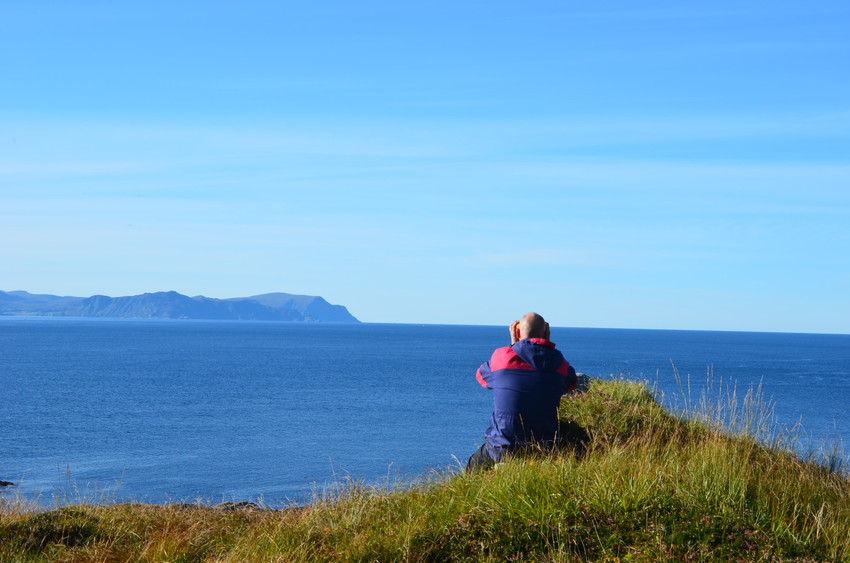 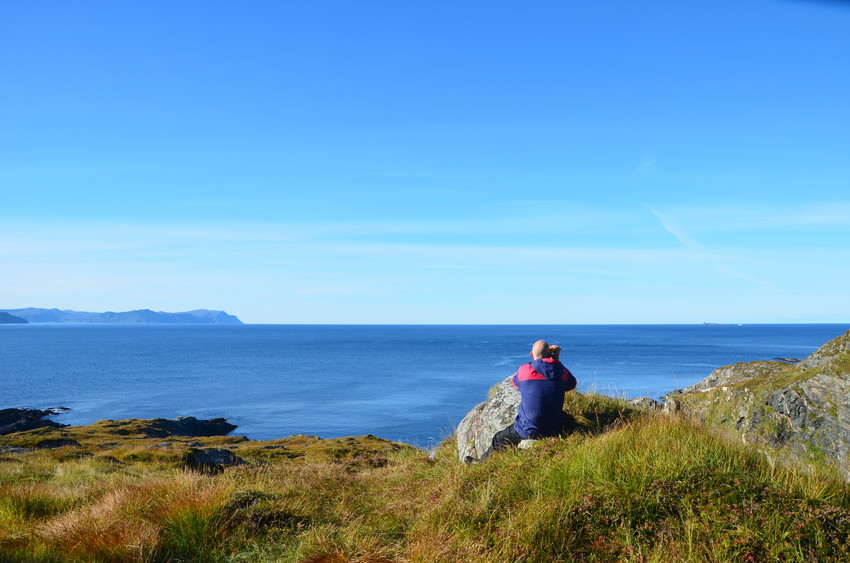 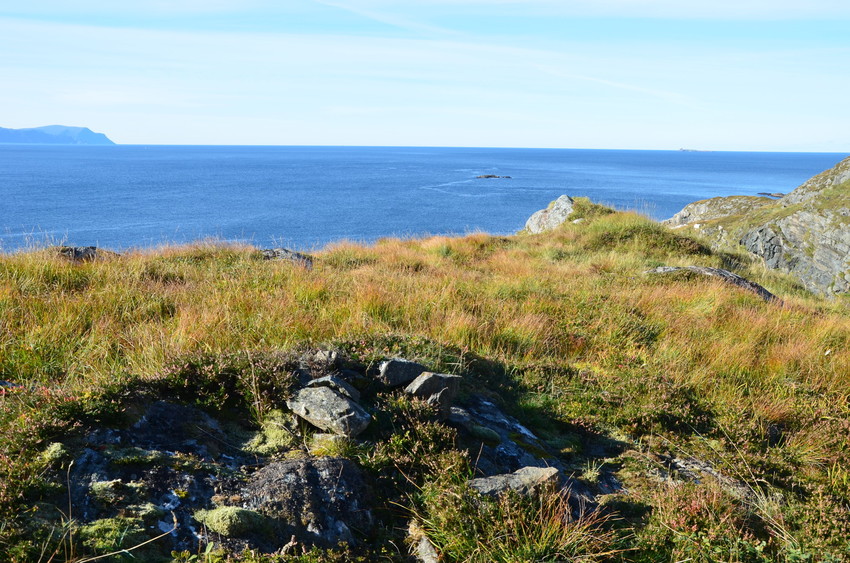