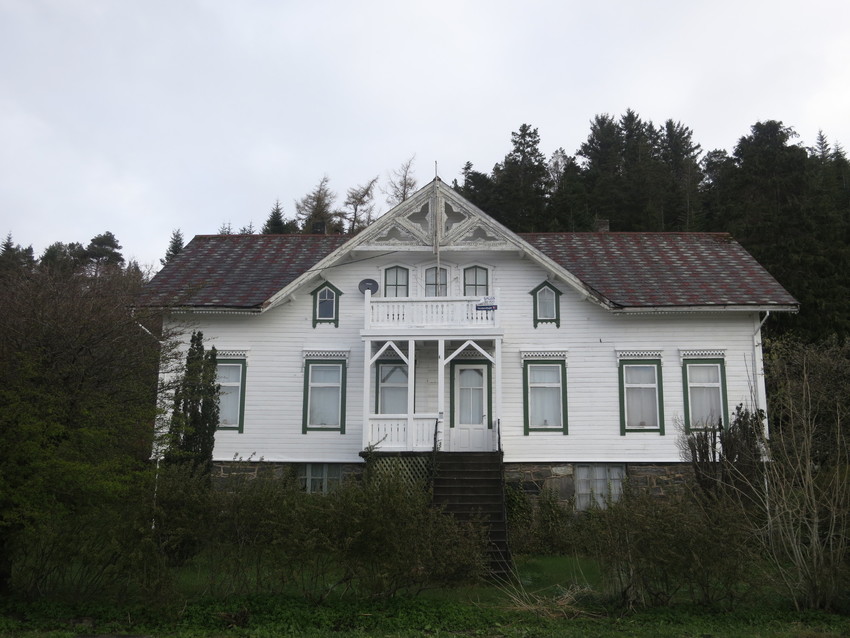 Foto: Frode Pilskog
Rønneberg villa in Larsnes. In the garden there is also a stabbur, a storehouse for food built on pillars, and a pigsty. Christoffer Rønneberg ran the trading post on Kriksholmen. His son, Rasmus Rønneberg, set up as a merchant at Larsnes. He paid taxes on this trade 1806-22.  The next generation, Christopher Mathias Rønneberg was the first mayor of Herøy. He took over after his father in 1822 at the age of 17. He paid taxes on this trade 1823-63, estate 1864. Christopher M. was also responsible for trade on Skottholmen and in Flusund. The last merchant was Rasmus Gerhard Rønneberg 1865-1878. He passed away in 1907. His widow carried on with the trade of wine and spirits
Publisert av: Lindesnes fyrmuseumSist endret: 2018-11-18