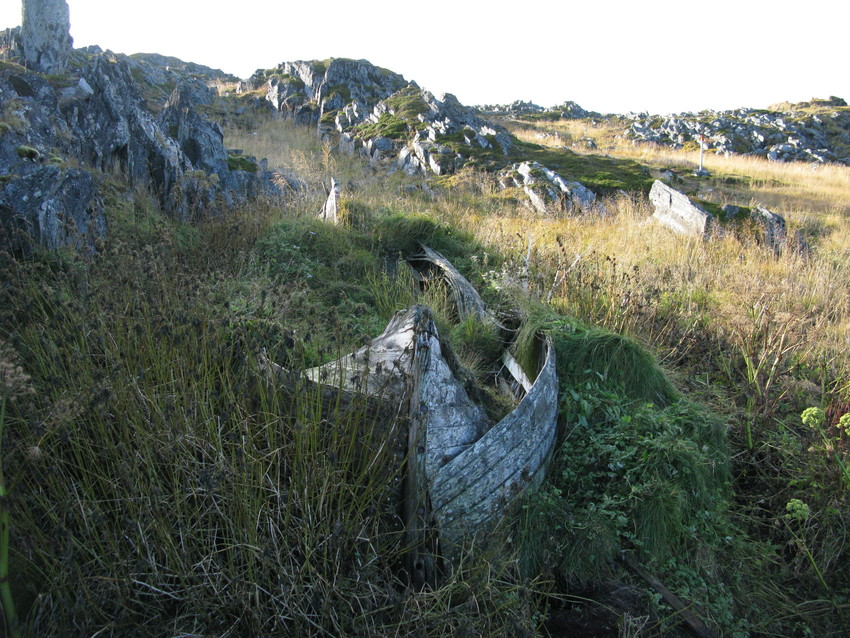 Foto: Torstein Johnsrud
On July 5th 1942, D/S Earlston was sunk by a German submarine. The ship was part of the convoi PQ 17, en route to Murmansk with supplies to the Soviet army. 11 days later, a lifeboat carrying 26 exhausted mariners drifted ashore in the Dutchman's cove. The locals took care of them, but some were in such a poor condition that they had to seek medical treatment in the German camp in Gamvik. They were later sent to Gemarny as prisoners of war. The people in the Dutchman's cove turned the lifeboat upside down, covered it with turf and used is as a cowshed.
Publisert av: Museene for kystkultur og gjenreisning i Finnmark IKSSist endret: 2018-11-17

Leif and Astrid Pedersen with their son Leif Anathon. The Dutchman's cove, 1935. 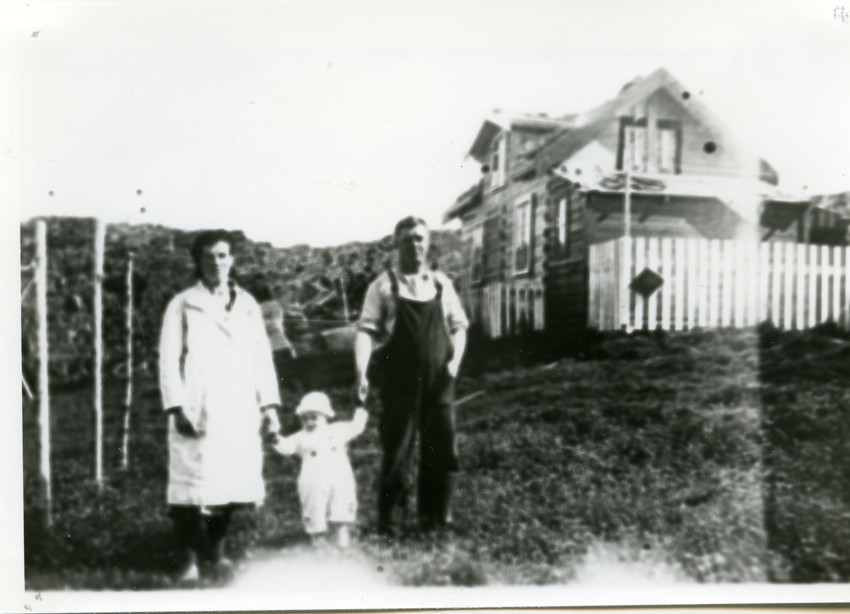