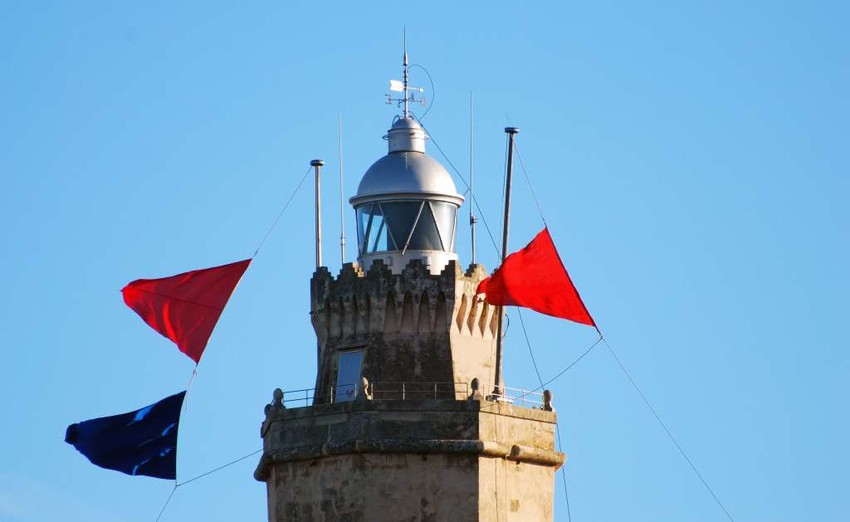 This historical lighthouse is first referred to in a document dated 12 September 1300, as part of the will of King Jaume II of Mallorca, now kept at the Bibliothèque Nationale in Paris.

The original lighthouse was not situated in its present site but on the hill now occupied by the Castell de Sant Carles, which was built in 1612. However the glass in the lighthouse’s lantern shattered whenever the fortress fired its cannon so the lighthouse was moved to its present site at the Torre de Senyals. This building had been known as such since the 14th Century, even before it became a lighthouse, when it was used for placing balls indicating the number and origin of the vessels entering the port. Later on flags were used for the same function which was carried out by lookouts (vigías) until 1971.

Portopi lighthouse is the second oldest lighthouse in Spain and one of the oldest still in service in the world.

In 1807 a rotating lens was installed, one of only four lighthouses in Spain at the time to be equipped with this technology.

While olive oil was no longer used as fuel at other lighthouses in the Balearic Islands after 1883, at Portopi the changeover was made in 1893, when the old wooden lantern was replaced with a catadioptric lens and a single wick Maris lamp. The lighthouse was converted to electricity in 1918 and in 1927 its lens was replaced by a reflecting lens. It is currently the only lighthouse in Spain to use a lens with these characteristics. Inside the lighthouse there is permanent exhibition of maritime signals and navigational aids, one of the best collections in Europe.

In 1972 (agost 24 fth) its light was finally put out after it was considered unnecessary, given the growth of the port and the existence of a complex network of beacons signalling entrance channels. However in 1977 (1fst of april) it was relit in consideration of its historical importance. In August 1983 it was declared a National Heritage Site (BIC).

How the lighthouses are lit