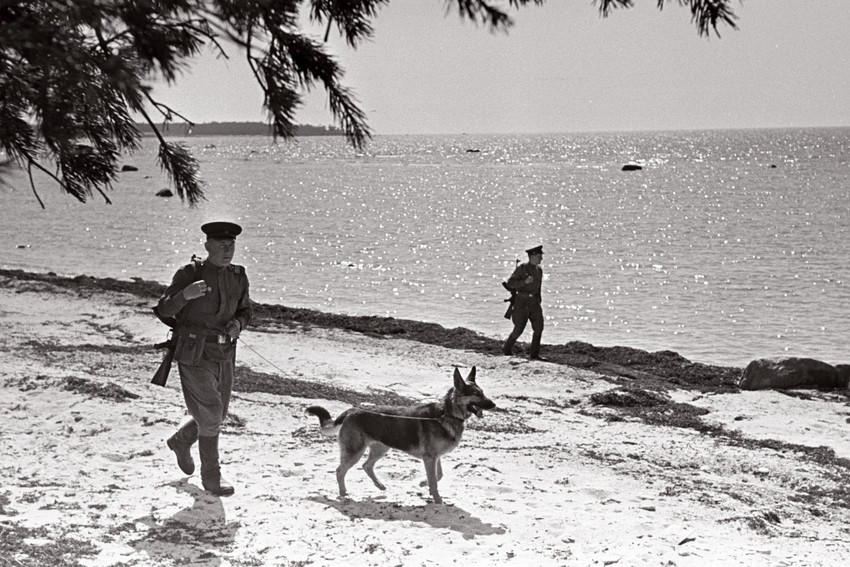 Border zones were established in 1940-1941 and 1944-1991 in Estonian territory between the Soviet Union and "the hostile capitalistic world". Due to its special status, those zones had strict regulations that restricted entering, living and maritime activities in the zone. Soviet leaders were especially afraid on possible foreigner spies and the possibility that the citizens of the Soviet Union would escape to foreigner countries. Border guards pressured the locals into helping them, because it made controlling the zone easier. Guards recruited locals to spy in the zone and tried to educate locals ideologically. Guards rewarded their biggest helpers with special honour badges and medals. Border guards tried to adhere to the locals to keep good relations.

Contact between locals and recruits were knowingly restricted. Locals communicated with them only when recruits were checking documents in the harbour and airport or durning their shore patrols. Although the constant examinations of documents annoyed the locals, but they get used to it somehow. On the other hand the officers had a lot of contact with the locals. Every head of border cordon had local acquaintances who gave them information about what was going on in the zone. This. The officers were changed in every 3-4 year and appointed in another location.